Other human rights defenders in Chihuahua and Coahuila

At the present moment, PBI’s Northern Team officially accompanies four human rights organizations. However, PBI also monitors the security situation of the following organizations very closely, and has provided support to them on different occasions.

United Forces for Our Disappeared in Coahuila (Fuundec)

Center for the Human Rights of Women (CEDEHM)

Round Table Network of Women of Ciudad Juárez

United Forces for our Disappeared in Coahuila (Fuundec) 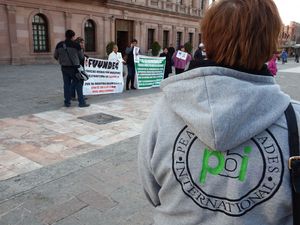 United Forces for our Disappeared in Coahuila (Fuundec) is a collectivity of families in search of their disappeared relatives. The organization was founded in 2009 through their own initiative. They have groups organized in Saltillo, Torreón and other cities in Coahuila. They also unite families who are not located in Coahuila but who have family members who were disappeared in the state. They work closely with the “Fray Juan de Larios” center in Saltillo and “Juan Gerardi” center in Torreón. On the 19 December 2009 the first group of 11 families began their search for 21 disappeared persons; in August 2013 they search for 290 people, some of them who have been disappeared since 2007.

PBI has observed Fuundec's protests in Saltillo as well as some of the meetings between the collective and federal and state authorities. PBI gives visibility to Fuundec's work through its accompaniment to the “Fray Juan de Larios” and “Juan Gerardi” Centers.

Center for the Human Rights of Women (CEDEHM) 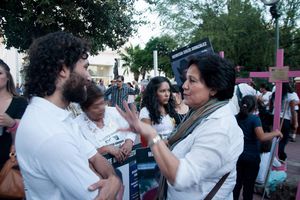 Lucha Castro, director of CEDEHM, speaks to PBI volunteer during march on the International Day of the Disappeared

The Center for the Human Rights of Women (CEDEHM), located in the capital of the state of Chihuahua, was established in 2005 based on a group of feminist and human rights social organizations. The members of the Directive Council have participated for more than two decades in the active defense of human rights and are co-founders of other important organizations in the state, such as El Barzon Chihuahua, that defends environmental and housing rights, and the organization Justice for our Daughters, which consists of mothers who have had their daughters disappeared and assassinated in Juárez and Chihuahua. The organization is specialized in the comprehensive defense of women victims of gender violence, in particular in the accusatory criminal system.

The CEDEHM legally represents victims and families of feminicide, forced disappearances, torture, trafficking of people, sexual and domestic violence, and furthermore litigates in the international and national sphere for protection measures for human rights defenders. The members of the Center explain that the work they do takes place in a context of violence in the state of Chihuahua, which claims the highest rate of murders and threats against human rights defenders. According to the Center, Chihuahua is characterized by impunity, absence of political will on the part of state institutions, resource constraints as well as the constant threats from the main groups of power in the state.

Due to threats, harassment and various security incidents, the members of the 3 organizations have had precautionary measures issued by the Inter-American Commission on Human Rights since 2008.

Round Table Network of Women of Ciudad Juárez 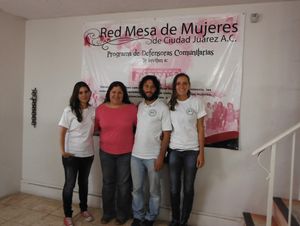 Imelda Marrufo, director of the Round Table Network of Women, with PBI volunteers

Ten social organizations of women and feminists make up the Round Table Network of Women of Ciudad Juárez. They began to work together when the bodies of Claudia Ivette González, Esmeralda Herrera Monrreal and Laura Berenice Ramos Monárrez were found, although several of the members had already began to document cases of feminicides in Juárez since 1993. “We came together several years ago, because of the events of 2001, for women's right to a life free of violence; we didn't want more women killed, or more women violated”, states Imelda Marrufo, a co-founder and the coordinator of the Network.

The women work in different fields, such as education and community development, in order to push for women's human rights and create a culture of gender equality. “Also, the right to health, due to the precarious social conditions and the lag we have had in Juárez for decades. The health situation is generating many social impacts.” Amongst their lines of action are training, research and advocacy in public politics as well as the visibility of women's human rights.

However, it is their work against feminicides the one that has brought the network's members most risk. “It is in this instance that we become a threat to the authorities, due to the questions that we are asking”, says Imelda Marrufo. 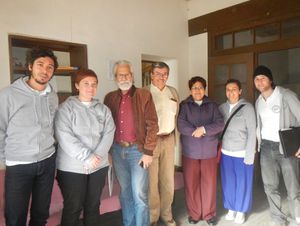 Members of Cosyddhac with PBI volunteers

The Solidarity and Human Rights Defense Commission (Cosyddhac) was the first organization in the state of Chihuahua to defend human rights, providing comprehensive advice, especially to the indigenous population, for over 21 years. The mission of Cosyddhac is to work to build a culture of respect for human rights through advocacy, education, promotion and protection among the most vulnerable, and in solidarity with other organizations and civil society movements. 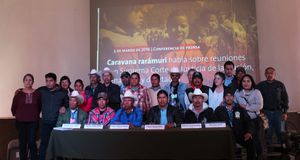 Alianza Sierra Madre has been working with the communities of Choreachi and Coloradas de la Virgen situated in the Sierra Tarahumara of Chihuahua since the nineties. The organisation accompanies the communities in demanding their rights and helps to empower them in land defence processes. Various national and international NGOs have recognised the violent situation which is destroying the Sierra Madre and causing a high level of risk for HRDs. In effect, community leaders and members of ASMAC have suffered reprisals due to their human rights work. PBI works with ASMAC by accompanying them in their activities on an occasional basis by running workshops and supporting their demands through political advocacy processes involving authorities at different levels and the diplomatic body.