Uno de Siete Migrando is the first organisation in the north of the country to obtain the permit necessary to carry out formal visits at migratory detention centres, known as “migratory stations.” These centres are facilities where migrants are detained temporarily, with access basic hygiene, food and health services, as well as the right to be informed about the reason for their detention and their immigration process.

For the defence of human rights

Uno de Siete Migrando was able to visit detention centres in Ciudad Juárez, Janos and Chihuahua City, with the objective of documenting the existence of human rights violations taking place at these centres. In particular, the organisation has placed the focus of their attention on the situation of minors arriving at these facilities. "The main violation of human rights revolves around children and adolescents: they should not be there," says Jorge Pérez Cobos, director of Uno de Siete Migrando.

The organisation states that they are working within a context of increased migratory detentions, as a result of the pressure that the United States is currently exerting over Mexico. Taking this context into account, another human rights violation observed by Uno de Siete Migrando is the installation of unofficial "migratory stations." These are improvised detention facilities where migrant people aren’t being given any information about their rights. This has serious implications for those who intend to apply for asylum.

As Ana Luz Manzano, coordinator of Uno de Siete Migrando’s legal team points out, one of the limitations of the Law on Refugees, Complementary Protection and Political Asylum, is that once a migrant person enters Mexico, they have 30 working days to apply for asylum (article 18). This is unconstitutional because people enter the country without having any knowledge of the law and often find out about the procedure to request political asylum after the 30 days have passed. "With the absence of information, it is physically impossible to seek refuge," the lawyer denounces. For this reason, Uno de Siete Migrando accompanies people whose deadline to claim asylum has already expired, claiming lack of knowledge of this right; the organisation already has a few successful cases behind them.

On the other hand, Uno de Siete Migrando is visibly concerned about the new procedure being utilised to request asylum in the United States; until a few months ago, asylum seekers crossed the border to be interviewed by some US authority and then were taken temporarily to a detention centre until their hearing date. "Nowadays, the logic is changing," says the director of Uno de Siete Migrando, explaining that now refugees have their statements taken in the United States who then illegally return them to Mexico, in this case to Ciudad Juárez, one of the most dangerous cities in the country. "There are people who are seeking refuge in the United States and are being given dates to testify in 2020." This involves an illegal return to Mexico, but also a violation of human rights as during the time the asylum seekers are called again to testify before a US immigration court, there is an approximate time of six months in which they remain in Mexican territory without permission to work, without a place to live and facing discrimination. "Practically they are forced to live on the streets", concludes the director.

According to the Executive Committee of the United Nations High Commissioner Programme for Refugees (resolution 672), a country may return a person to a third country when: 1) they have prior agreement and there is legal certainty, 2) The person has a link to the country to which he / she is returning, 3) The country is safe for the person returned. "None of these 3 assumptions are being fulfilled at present," the organisation laments.

On June 20th, it was International World Refugee Day. Peace Brigades International (PBI) wants to continue recognising the work of those organisations that work for the human rights of all migrants. PBI supports the great work that Uno de Siete Migrando has been carrying out since 2016 in Chihuahua, such as accompaniment and advisory services, despite a worrying context of increasing insecurity both for members of the organisation as well as for those who currently find themselves in a migratory situation. 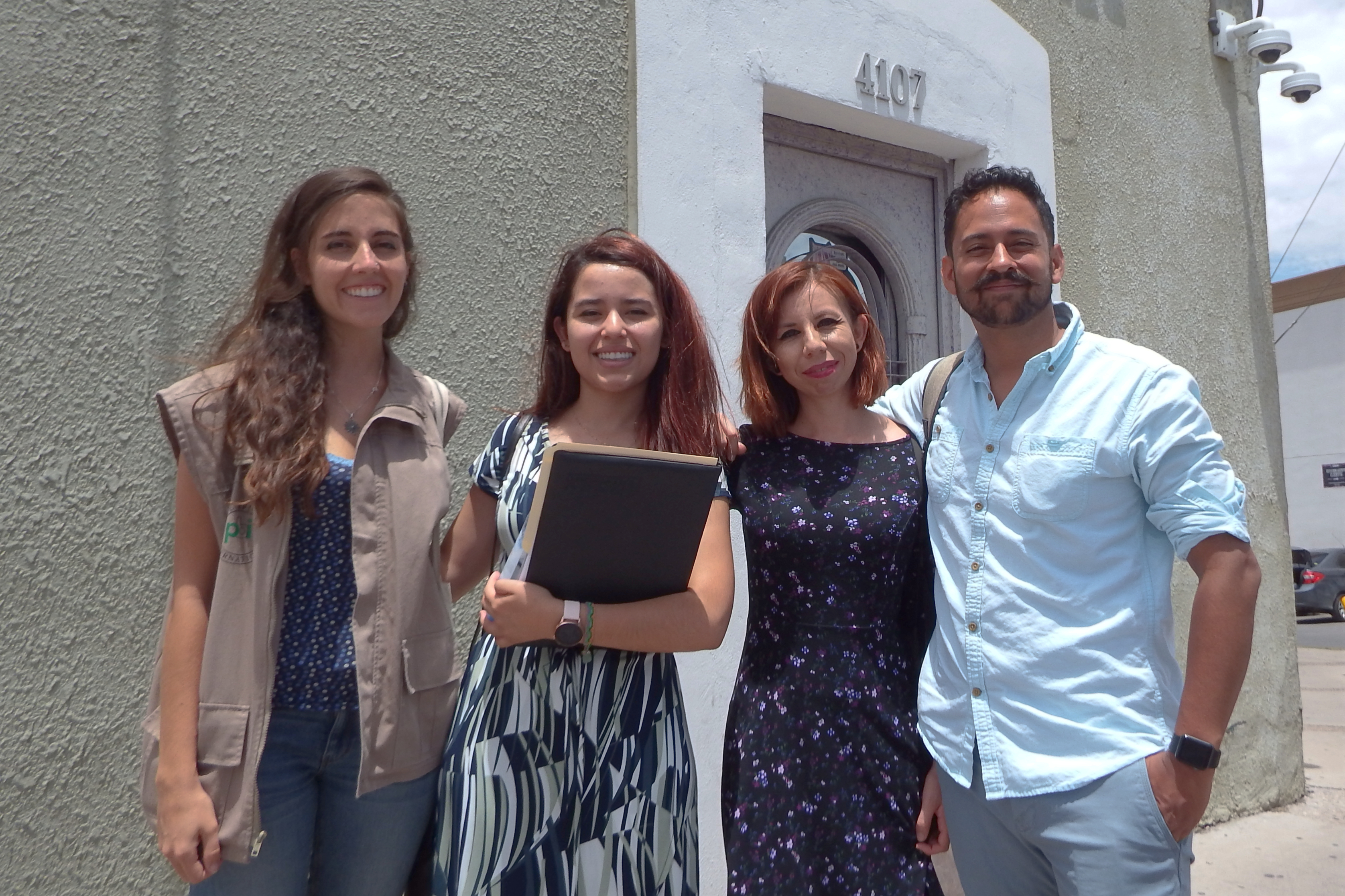