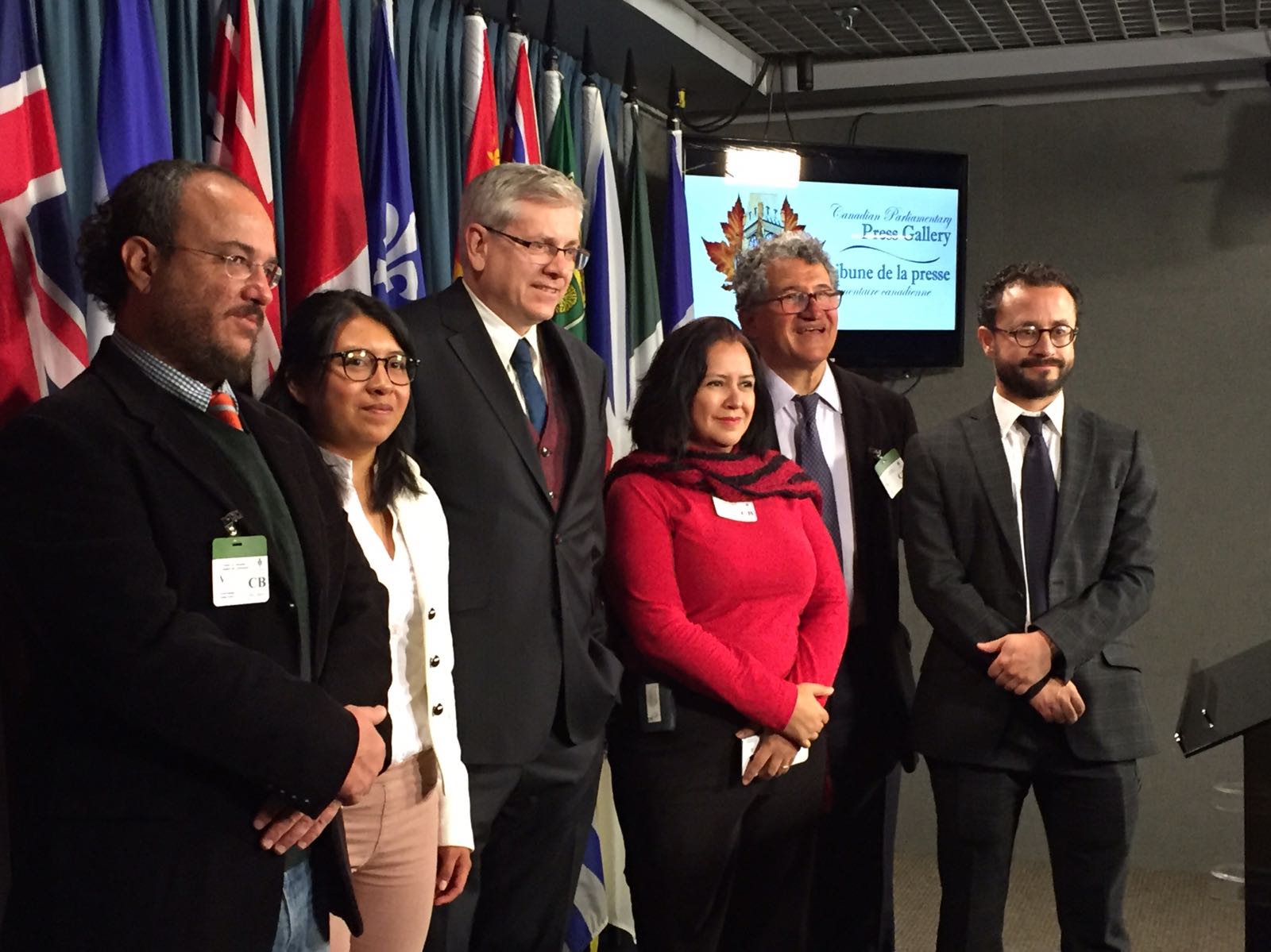 From 16 to 18 October, Araceli Tecolapa of the Morelos and Pavón Human Rights Center from Guerrero State, participated in a delegation of Mexican human rights defenders that traveled to Canada. They gave their official testimony to the Human Rights Subcommittee in the Canadian Parliament together with representatives of other Mexican organizations, including Prodh, Periodistas de a Pie, and REMA. They spoke about the current situation for human rights defenders in Mexico and met with the Secretary of Global Affairs in Canada. They also held a press conference in Parliament and carried out other activities.

After their activities in Ottawa, Morelos and Pavon and Prodh traveled to Toronto, where they gave a talk at York University and met with the Basilian Fathers in Toronto. Morelos and Pavon talked about disappearances and internal displacement in Guerrero and mentioned that in the state, the indigenous communities have been denied their human rights and at the same time their risks have increased by great proportions. The delegation was organized by the Americas Policy Group, a group of Canadian organizations that aims to impact Canadian policies towards Latin America. The speaking tour was carried out with the support of ProtectDefenders.eu, the European Protection Mechanism for HRDs, in which PBI participates.