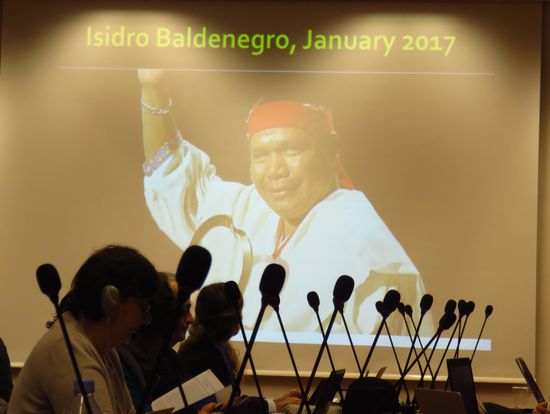 In the 34th Human Rights Council session, Special Rapporteur on the situation of human rights defenders, Michel Forst, presented his annual report, which highlights again the grave human rights situation, that environmental defenders face, specifying some elements that affect the level of risk, such as the application of advanced techniques of repression or predominant impunity. In the interactive dialogue with SR Michel Forst, PBI expressed concerns on the worsening situation of human rights defenders in the Latin American region and specifically the murders which occured in the Sierra Tarahumara -Mexico- of the environmental defenders, members of the raramuri community, Isidro Baldenegro and Juan Ontiveros, which happened within two weeks of each other. The director of Alianza Sierra Madre, Isela González attended the event in Geneva as part of an advocacy speaking tour, organized by PBI.

In the meetings with UN special procedures, she explained the accompaniment which the organization provides to the indigenous raramuri communities in Chihuahua, who are claiming their rights to land and territory against the exploitation of the wood resources in the region. In the side event, “Environmental Human Rights Defenders: Responding to a Global Crisis”, convoked by the Permanent Mission of Spain, United Nations High Commissioner for Human Rights, PBI and other human rights organizations and networks, the defender Isela González called the attention to the structural impediments that arose such as the lack of recognition of their ancestral territory and the lack of adecuate resources, which are an obstacle to legal and administrative's defense in litigation. 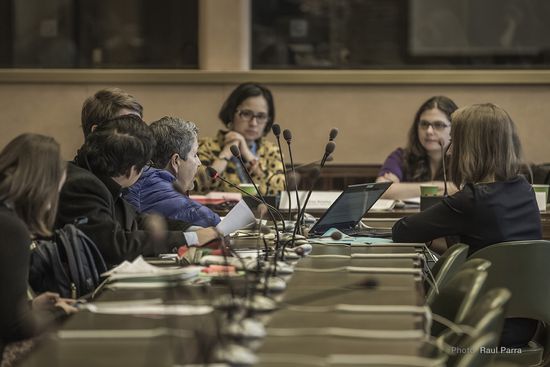 Isela González (ASMAC) during side event: “Accountability for grave crimes in Mexico: a shared responsibility” @PBI

According to data from civil society, Chihuahua is the state with the highest number of killings of human rights defenders in Mexico, and an early alert was published recognizing the gravity of the situation in the state, with the intention of preventing future violations. 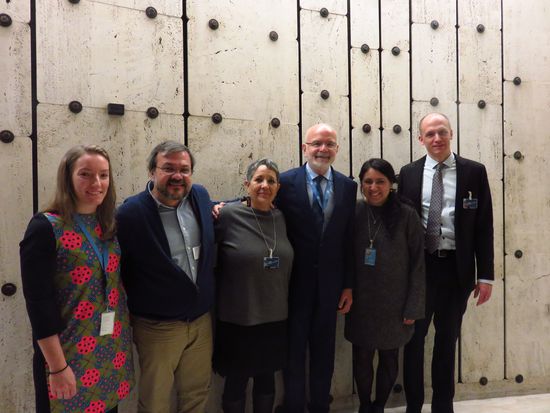 The UN Special Rapporteur on the situation of human rights defenders, Michel Forst, with Isela González (ASMAC) and representatives of the CMDPDH, the Open Society Justice Initiative, the Fray Juan de Larios Diocesan Center for Human Rights and PBI. @PBI