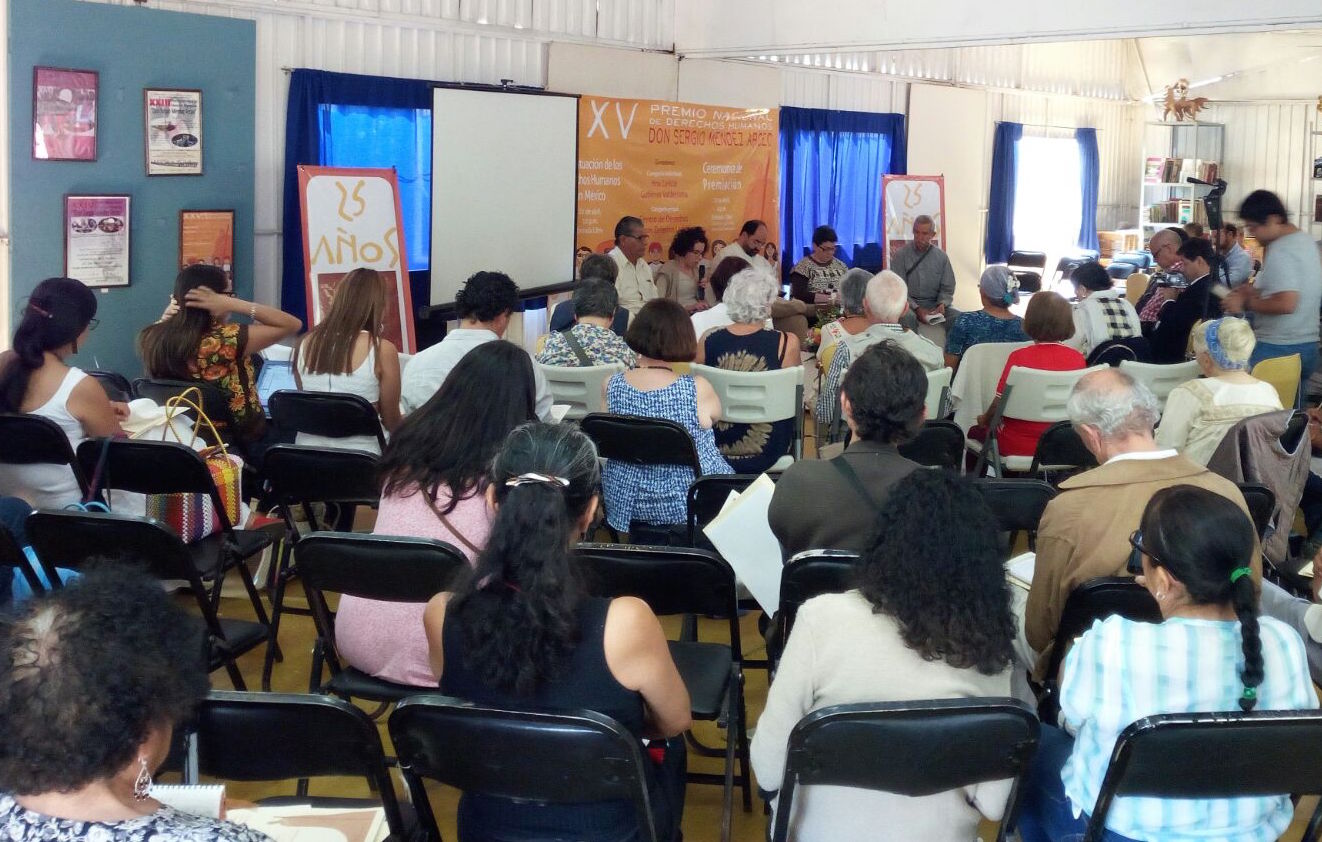 In April, the Don Sergio Méndez Arceo National Human Rights Award, the winners of which are chosen by Mexican civil society organizations, was presented in Cuernavaca.

This year, the award was granted to Sister Leticia Gutiérrez Valderrama, a missionary and member of SMR Scalabrinianas who accompany and protect migrants in Mexico.

The award’s goal is to recognize, stimulate and promote solidarity and accompaniment to organizations, groups and people who stand out for their work in the defense and promotion of a culture of respect for human rights in Mexico.

Sister Leticia has been threatened for her work and for speaking out against the abuses suffered by the migrant population.

A further award was given to the Zeferino Ladrillero Human Rights Center, a non-governmental, non-profit organization that aims to contribute, support and accompany organizations, people and communities that participate in the arduous struggle for respect for human rights.

PBI participated in the forum titled the “Situation of Human Rights in Mexico” which took place before the award was handed out.

PBI was invited to take part in this forum by the Cerezo Committee, an organization that PBI accompanies and which is part of this initiative.