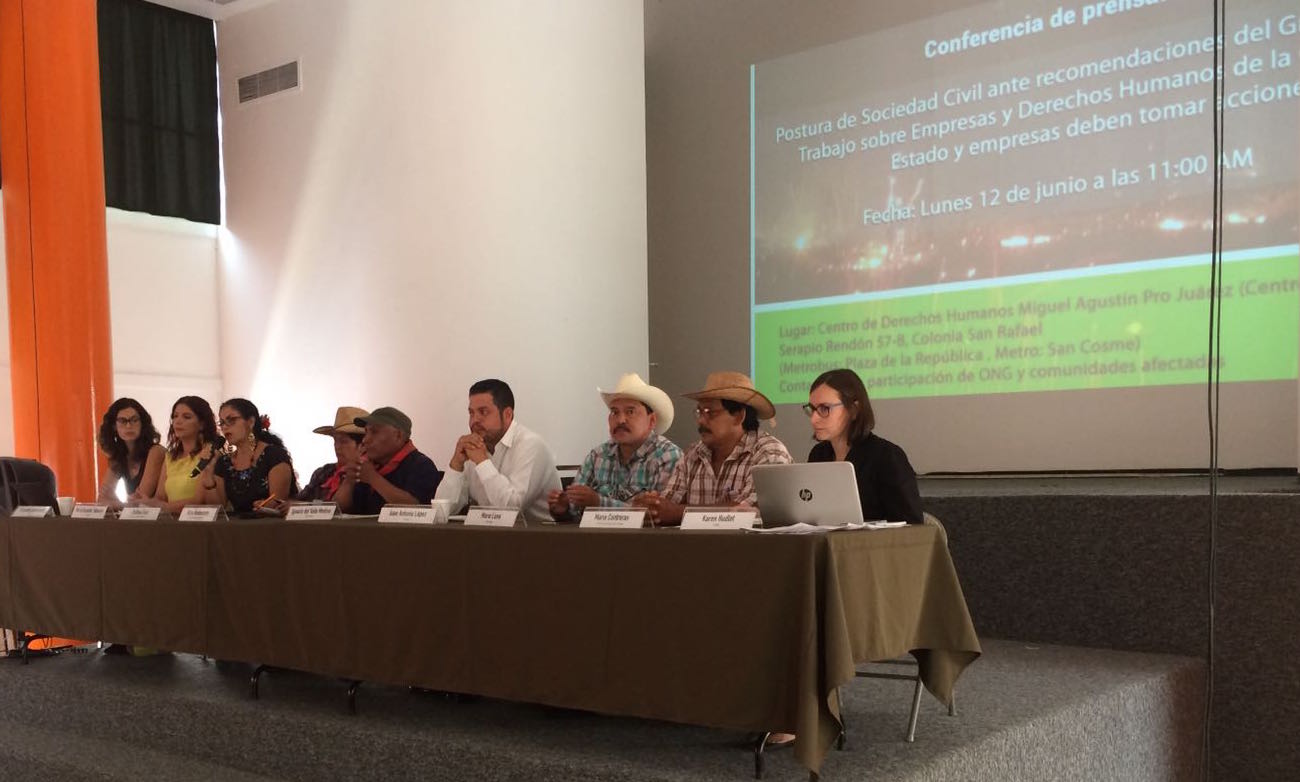 The UN Working Group on Human Rights and Transnational Corporations and other Business enterprises presented the report on their 2016 Mission to Mexico to the UN Human Rights Council (HRC).

The report by the Working Group concluded that human rights defenders should be better protected so that they can carry out their work, and also stated that the Mexican context is characterized by intimidation and harassment against community leaders who protest development projects and other business operations.

The group recommended that the Mexican State strengthen the National Mechanism for the protection of human rights defenders and journalists by carrying out investigations and placing sanctions on those who are responsible for the aggressions; this is similar to the proposals made by the “OSC Space” (which monitors the implementation of the National Mechanism).

PBI expressed concern to the President of the HRC due to the increased violence and criminalization of people who defend the right to land, territory and the environment, and especially those who oppose extractive industries and the exploitation of energy resources.

PBI also provided visibility to the need to establish protection mechanisms that take into account gender and ethnicity, as well as improved coordination among the different entities responsible for the implementation of the measures, such as state and municipal authorities.

PBI urged state and federal authorities to make a public declaration of zero tolerance for attacks on human rights defenders and to initiate a campaign to provide recognition to defenders, as established in recommendation 25 by the National Human Rights Commission (CNDH). Mexican civil society asked the Mexican state to meet with civil society organizations to design a participative, transparent and public strategy to follow up with general recommendations as well as recommendations on specific cases in the report of the Working Group on Businesses and Human Rights.