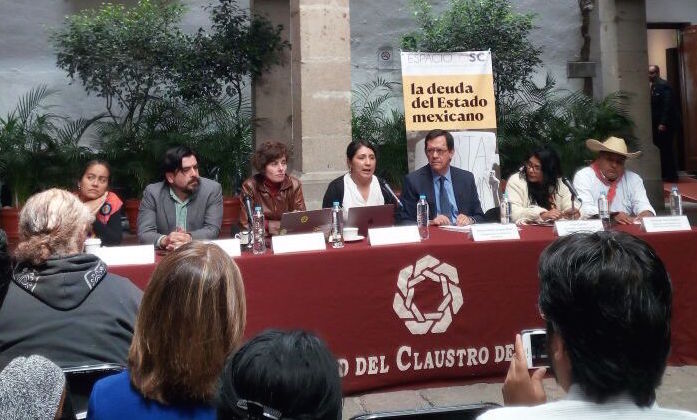 On July 26th the Space for Civil Society Organizations for the Protection of Human Rights Defenders and Journalists (Espacio_OSC), which is accompanied by PBI, published their third report. The event was attended by members of Mexican Civil society, international organizations, members of the Diplomatic Corp, the media, the academic community and government authorities.

The report diagnosis the functioning of the mechanism that identifies advances with regard to the Mechanism as well as areas that require improvement. It also lists a series of recommendations.

The speakers on the panel agreed on the importance of an integral policy for the Protection Mechanism, and that the mechanism should not simply react when it is time to respond to the protection needs for human rights defenders and journalists.

Under Secretary Campa was also on the panel and mentioned the importance of the work of human rights defenders and journalists and recognized the lack of coordination that currently exists with local entities in the states. For this reason, he stated that they would be creating State Protection Units.

It is important to point out that the Espacio_OSC has been accompanied by PBI Mexico since it was created in 2012. In a joint report with WOLA in 2016 we highlighted that in several of the cases analyzed, protection measures were not implemented adequately and that a gap exists between the risks that human rights defenders and journalists face and the protection measures they receive.