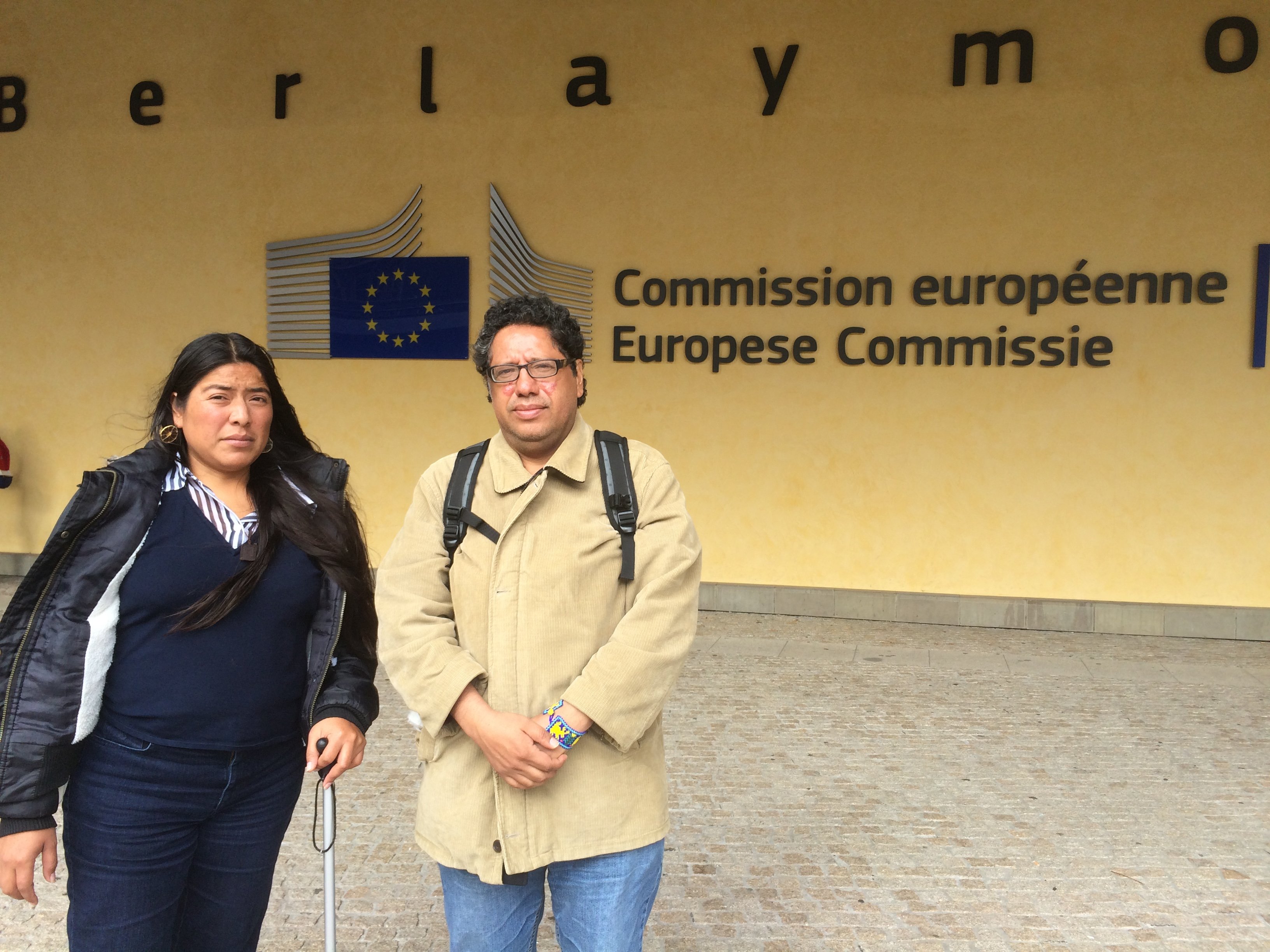 As part of a speaking tour, Marcos Leyva, the director of Services for an Alternative Education (EDUCA) and Rosalinda Dionicio, representative of the Network of Community Defenders of the People of Oaxaca (REDECOM) held meetings with political representatives of the European Union and four European countries, as well as with special procedures of the United Nations and other key actors from the international community. The defenders had the opportunity to speak about the risks for community defenders who are opposed to large scale economic projects in Oaxaca State, especially in San Jose del Progreso, a community affected by gold and silver mining. They explained the main risk factors which include constant violence and impunity of attacks against human rights defenders who demand their right to self-determination and the recognition of decisions made by their customary governmental entities.

Additionally, they spoke about the installation of the special economic zone in the Isthmus of Tehuantepec and the potential impacts on human rights that this might have, in a region with a large indigenous population and increasing militarization after the post-earthquake state of emergency. The speaking tour was carried out with the support of ProtectDefenders.eu, the European Protection Mechanism for HRDs, in which PBI participates.