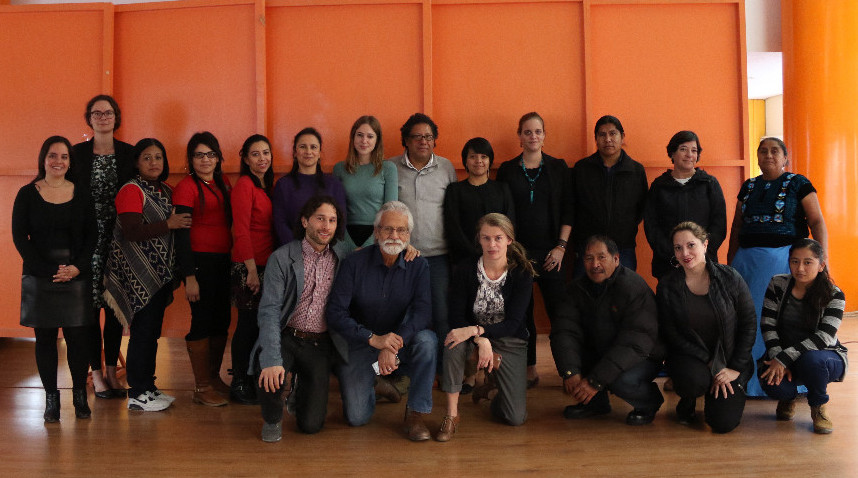 Several national and international human rights organisms and entities have identified that those human rights defenders who work on issues of land, territory and natural resources have been historically placed at the center of social and armed conflicts. This new publication includes the participation of human rights defenders from Coahuila, Chihuahua, Oaxaca, Guerrero and Mexico State, as well as organizations that work at the national level.

The document was presented in a public event that took place in the context of a series of activities that aimed to reinforce international concern for the problems faced by land, territory and environmental defenders in Mexico and regionally. The first was a meeting between defenders from the northern and southern regions of the country, followed by a private meeting between defenders and representatives of the diplomatic corps, the European Union and the UNHCHR in México.

Ricardo Neves from the UNHCHR in Mexico and Ben Leather from Global Witness participated in the public launch event. Ben Leather stated that through December 2017, the organization has documented the killing of at least ten human rights defenders in Mexico. The event also had a panel of defenders from Oaxaca, Guerrero, Coahuila and Chihuahua in which they presented their work, the issues that they face and their proposals. They highlighted that there are increasingly more actors – legal and illegal – who participate in territory disputes and emphasized the importance of collective work to protect human rights defenders.

You may consult the publication here.