A bleak overview of the human rights situation in the country

Mexico in the IACHR

The past two sessions (167 and 168) of the Inter-American Court of Human Rights (IACHR) in 2018, saw a panorama of hearings about Mexico which offer a bleak overview of the human rights situation in the country.  These cases confirm the human rights crisis that the IACHR observed in their insitu visit to Mexico in 2015.  The impacts of public security policies and the prevalence of impunity in cases of human rights violations were also highlighted.  These violations not only represent obstacles for the development of peaceful societies, but also represent serious challenges for the protection of human rights defenders.

The cases that were presented covered topics such as the Internal Security Law, torture, forced disappearace and the lack of adequate measures that guarantee serious investigations in order to clarify what happened in cases of human rights violations and punish those responsible.  During these hearings, civil society representatives including victims and human rights defenders that represent and accompany them, had the opportunity to present evenidence and analysis to the Commission and the Court on specific cases and more general tendencies, they could then listen to the response from the Mexican State.

This article focuses on two emblematic cases that were presented before the inter-american system, the Case of Ayotzinapa and the Case of Alvarado.  Both contain elements of the aforementioned issues and unfotunately they are not isolated or exceptional cases.  They therefore offer important perspectives on the serious human rights violations that take place in Mexico.

The Case of Ayotzinapa

“The Iguala case is a microcosm of the chronic problems that underlie the wave of human rights violations that are taking place across Mexico.  In a particular way it highlights the predominance of impunity and the indifference for victims, that affect the whole country" 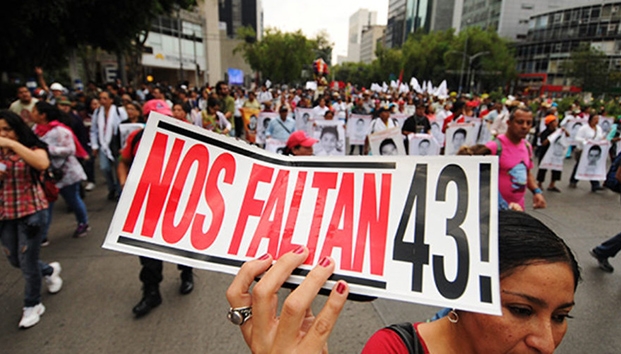 See the most recent hearing about the Ayotzinapa Case.

One of the most well known cases on an international level, the case of the forced disappearance of the 43 "normalista" students from Ayotzinapa continues without adequate response from the Mexican justice system, despite the evidence and investigation routes proposed by the Independent Group of International Experts (GIEI) and the National Commission for Human Rights (CNDH) that show that State security forces were involved at every level of the disappearance.  The IACHR called this hearing so that the Special Mechanism that Follows up on the Ayotzinapa Case could collect further elements necessary to ensure compliance with the GIEI´s reccommendations.

In March of this year the UN published a report "Doble Injusticia" that contains information about the human rights violations committed during the investigation of the Ayotzinapa Case by the State, including evidence of arbitrary detentions and torture.  This report has been rejected by the Mexican Government that denies the report´s conclusions and questions the  documentation´s methodology.

In April of this year, the family members of the 43 students conmemorated 43 months searching for their sons, the truth and justice.  This case illustrates the high levels of impunity in Mexico.  Despite the national and international attention this case has received, the advances are insufficient and the family members continue without information about the whereabouts of their loved ones.  Unfortunately the Ayotzinapa Case is not an isolated case.  Structural impunity feeds an environment that allows human rights violations to take place in Mexico and without serious, impartial and exhaustive investigations, the situation will continue to get worse.

To find out more about the Case of Ayotzinapa, read the GIEI´s reports.

The Case of Alvarado

"This case is very importante because it gives a voice to over 34,000 families that have suffered the disappearance of a loved one in Mexico, and still haven´t received an answer" 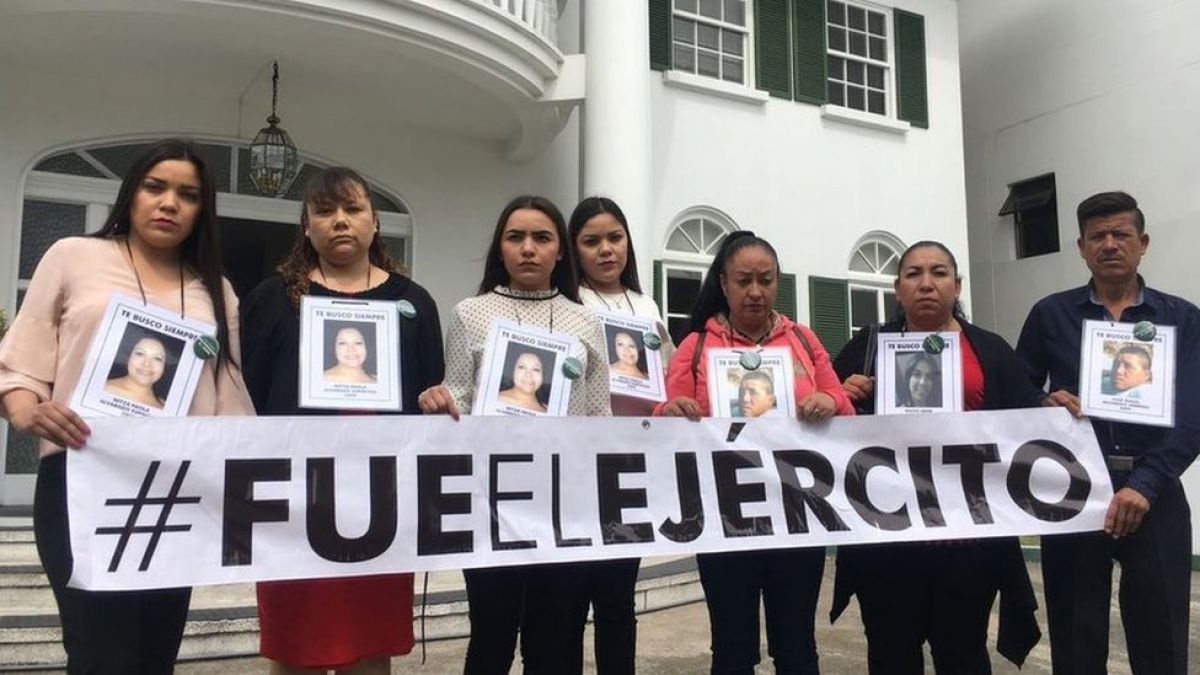 For the first time, the Inter-American Court of Human Rights judges the Mexican State for a forced disappearance that took place in the State of Chihuahua in 2009, during the so-called "war against drugs".  On the night of th 29th December 2009, 3 members of the Alvarado family disappeared after having been taken away by the army.  The family sustains that they reported the incident on various levels.  They say that at least 5 of the 12 local and state entities that they went to told them that their famiy members were detained in the 35th Infantry Batallion. This was later denied by the authorities.

After having reported the incident, the family began to receive threats, leading 11 family members to request political asylum in the United States and until today have not been able to return to their country.

Although the motive for the disappearance remains unknown, the Alvarado family and their lawyers believe it to be linked to the "Joint Chihuahua Opperative", which was one of the first opperatives against drug trafficking that involved the Mexican army.  Civil society organisations link this militarised strategy to the increase in forced disappearances, arbitrary detentions and torture in many parts of the country, cases that currently remain in impunity.

In these most recent sessions, the Commission and the Court heard testimonies that prove the seriousness of the human rights situation in Mexico.  In past years, the CIDH has complained about the insufficient advances made on their reccommendations after the hearings.  PBI urges the Mexican Government to implement the reccommendations of this international organism in order to tackle the structural reasons for the increase in human rights violations in the country.  We highlight the following reccommendations:

- Strengthen the entities incharge of the protection of human rights defenders, so that their lives and integrity can be adequately guaranteed.  At the same time incorporate gender and multicultural focuses in the design and adpotion of protection measures for defenders

- Adopt measures to combat corruption at all governmental levels