The psychosocial focus in the protection of women human rights defenders

"An important strategy for the protection of women human rights defenders is to be articulated, to be in contact, to meet eachother and reflect on the violence and mechanisms that we come up against" 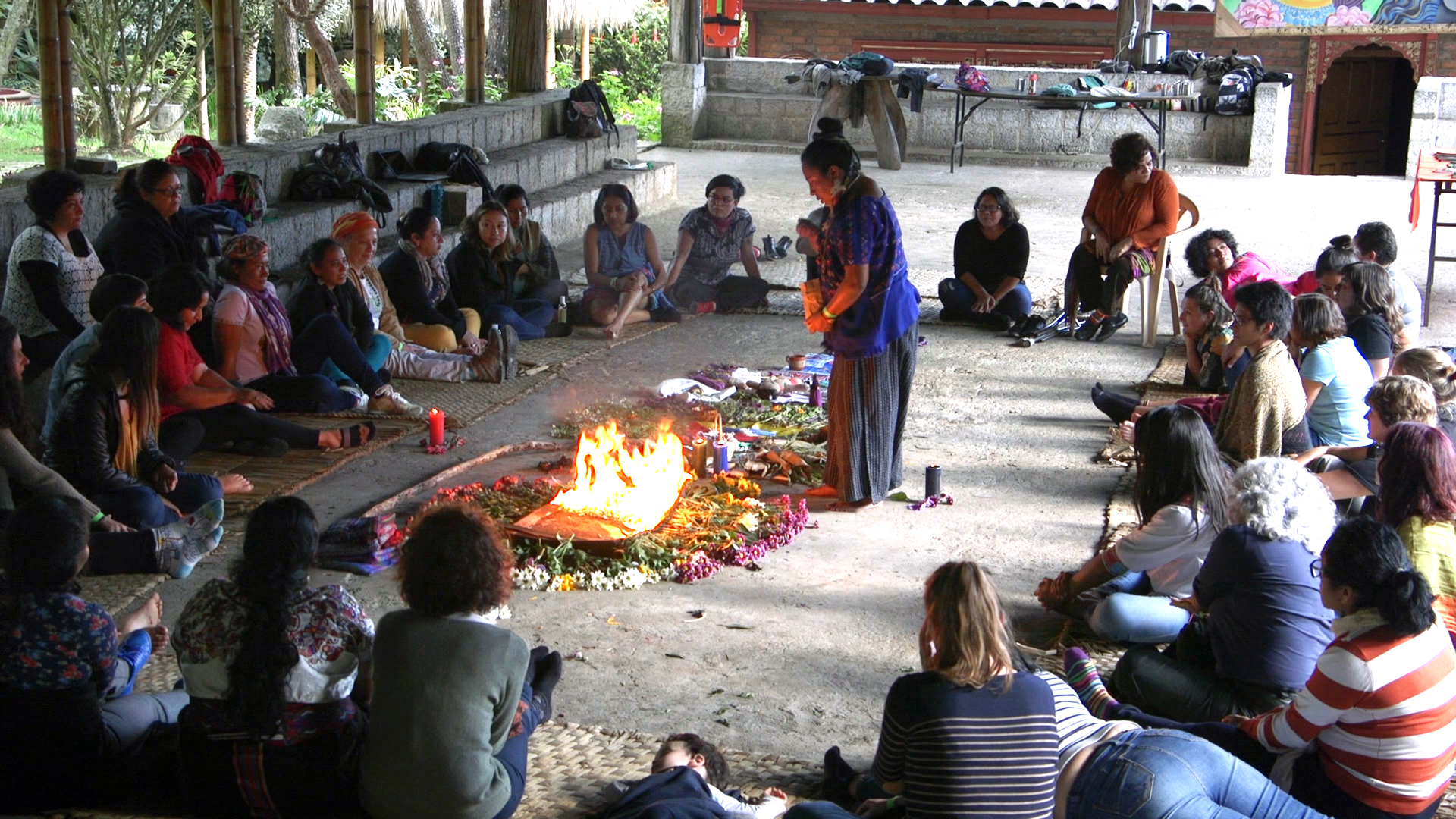 Being a human rights defender is a job that implies a lot of risk, often in contexts of socio-political violence and an increase in criminalisation.  The stress and constant concerns that this work brings with it generates a series of impacts on both physical and emotional levels that do not only attack the human rights defender personally, but also weaken their collective organisational processes of resistance.

In order to talk about the psychosocial impacts that the context of permanent threats cause, the Mesoamercian Initiative for Women Human Rights Defenders (IMD) and PBI organised a Regional Conference.  The conference took place from 8th until 11th October 2018 in Colombia with representatives from each entity of PBI in Latin America as well as 30 women human rights defenders from 20 organisations members of the IMD in Mesoamerica (Colombia, Honduras, El Salvador, Nicaragua, Guatemala, Mexico).

The conference took place in the framework of a project that PBI and IMD are implementing that is financed by the Dutch Ministry of Foreign Relations.  Through this project the IMD and PBI have begun to exchange knowledge between the two organisations as well as throughout the different PBI entities about the psychosocial focus, gender, security and protection as well as temporal relocation. 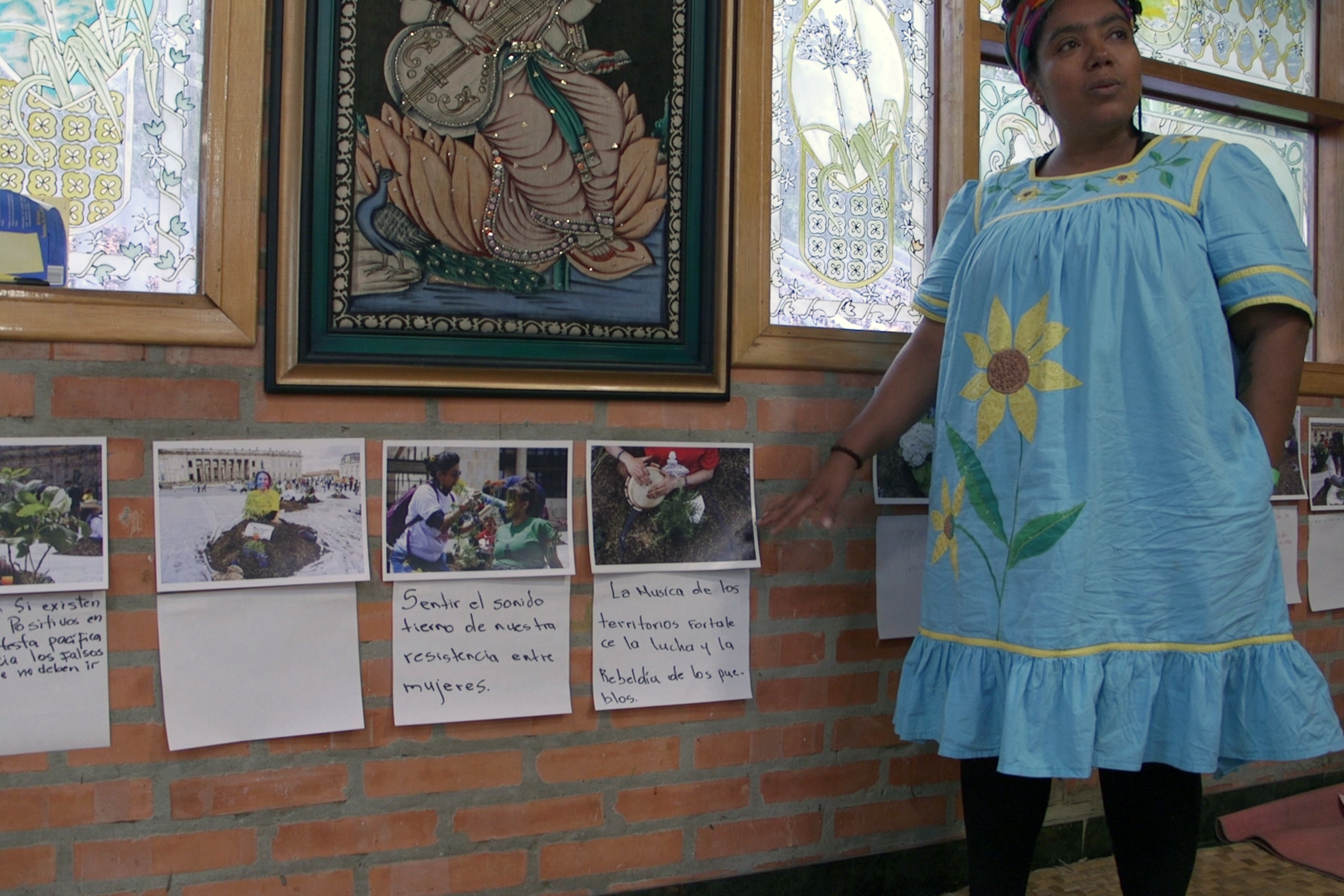 The idea behind this regional conference was the create a space of constructive collective dialogue within which discussions would be held, as well to create a breathing and resting space for the women defenders.  With this in mind, the participants brought with them different ideas for self care, collective care and healing exercises which allowed knowledge and good practice to be exchanged.  There were workshops on massage, Mayan ceremonies, temazcal, bio-dance, meditation, theater of the oppressed and memorial exercises.  With these tools, the idea is that women human rights defenders can improve their working conditions, as well as their physical, emotional and spiritual states in order to generate more sustainable forms of activism on both individual and collective levels.  Through these exercises, bonds of trust were built between the participants which helps them to strengthen their organisationsal capacities as well as their collective resistance, which also ensures better levels of protection.

For PBI this conference was particularly important to understand the needs of human rights defenders, specifically women, on a psychosocial level in order to work on this focus in our advocacy efforts which authorities to improve public policies in the various countries in which we work.  Also, the shared knowledge helps us to improve our psychosocial focus within the PBI entities as well as the gender perspective that we implement in the holistic accompaniment we offer to human rights defenders.

In order to continue sharing knowledge between the IMD and the different PBI entities, a further regional conference will be organised in 2019 in order to discuss the huge challenges facing human rights defenders in terms of their security and protection as well as the option of temporal relocation for those in particular risk.