Concern about the harassment, surveillance and likely attempted murder of the lawyer and defender of the Peoples' Front in Defense of Land and Water - Morelos, Puebla, Tlaxcala (FPDTA - MPT), Juan Carlos Flores Solís. 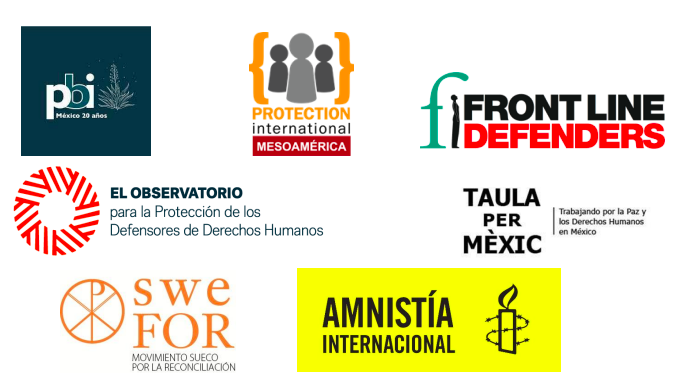 The undersigned organizations hereby recognize the indispensable work of the lawyer and human rights defender of the FPDTA-MPT, Juan Carlos Flores Solís, for his human rights work and defense of the right to access to water, a healthy environment and the self-determination of peoples.

The work of Juan Carlos Flores Solís, as a member and lawyer of the FPDTA-MPT, has focused on legal and social accompaniment of different indigenous Nahua communities fighting against megaprojects and against the extraction and contamination of water, both in the Cuautla River, in the municipality of Ayala, Morelos, and in the Metlapanapa River, in the municipality of Juan C. Bonilla, Puebla.

We would like to collectively express our concern for the recent events of intimidation, harassment, surveillance and the likely attempted homicide against Juan Carlos Flores Solís, which is directly linked to his legitimate legal and human rights work. We have received information from Juan Carlos Flores Solís about the attacks against his physical integrity, threats of physical harm, repeated raids, and acts of surveillance, intimidation and harassment that he has been subjected to throughout this year. These attacks seek to undermine and hinder the exercise of his right to defend human rights, as his legal and social accompaniment work is translated into denouncing the serious environmental impacts related to the industrial activity of both Mexican and transnational companies operating in the centre of the country.

We, the organizations gathered here, are aware that on the 17th of October of this year Juan Carlos Flores Solís was driving his car to the city of Cuernavaca, where he had to resolve issues related to his human rights work. During the trip, he noticed strange noises in the car. Upon inspecting the car in detail, he noticed that the lug nuts (bolts) of one of the front tires were completely loose. After a thorough inspection by a professional mechanic, who confirmed that they could not have been loosened naturally, it is presumed that someone intentionally loosened the tire to put Juan Carlos' life and integrity at risk. The incident is extremely serious and could constitute an attempted murder, which was intended to be perpetrated under the guise of a car accident.

It is important to mention that this was not an isolated event. On the contrary, it is part of an increasing pattern of threats and intimidation against Juan Carlos Flores Solís, his family, his support network and other members of the FPDTA-MPT, that have been hindering his work in defense of human and environmental rights. It should also be noted that Juan Carlos Flores Solís was incorporated into the Federal Mechanism for the Protection of Human Rights Defenders and Journalists this same year.

For these reasons, the undersigned organizations call on all levels of the Government of Mexico to guarantee the safety and integrity of Juan Carlos Flores Solís, to allow him to continue his work in defense of human rights and in defense of the communities he accompanies, and to recognize this work as essential in a free society that respects human rights.