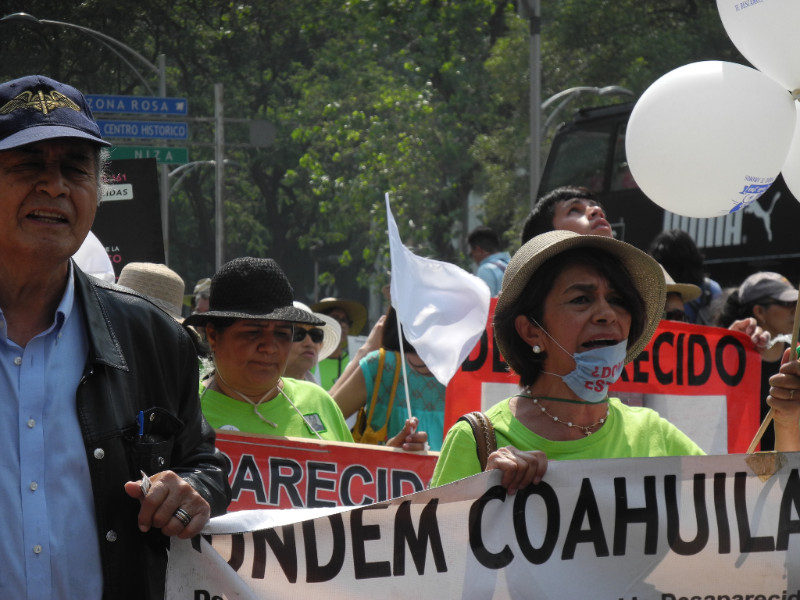 Between 12 and 22 May, the Caravan in Search of the Disappeared Alive – made up of collectives from 25 cities and 12 states in Mexico and the US -- took place in the municipalities of Torreon, Saltillo, Monclova, Allende and Piedras Negras, Coahuila.

For the collective United Forces for Our Disappeared in Coahuila (FUUNDEC-M), the caravan took place in a context of increased disappearances over the last 10 years.

According to official reports from the National Database of Missing and Disappeared Persons, more than 30,000 people are disappeared in Mexico.

During the caravan, civil society organizations (OSC), among them the Diocesan Center for Human Rights Fray Juan de Larios, and the Juan Gerardi Human Rights Center (both organizations accompanied by PBI), denounced acts of harassment.

According to a communique published by the organizations, persons presumed to be military personal and members of the Center for Investigation and National Security (CISEN) conducted surveillance and took photographs of family members.

The CSOs asked that competent authorities investigate those who were harassing participants.