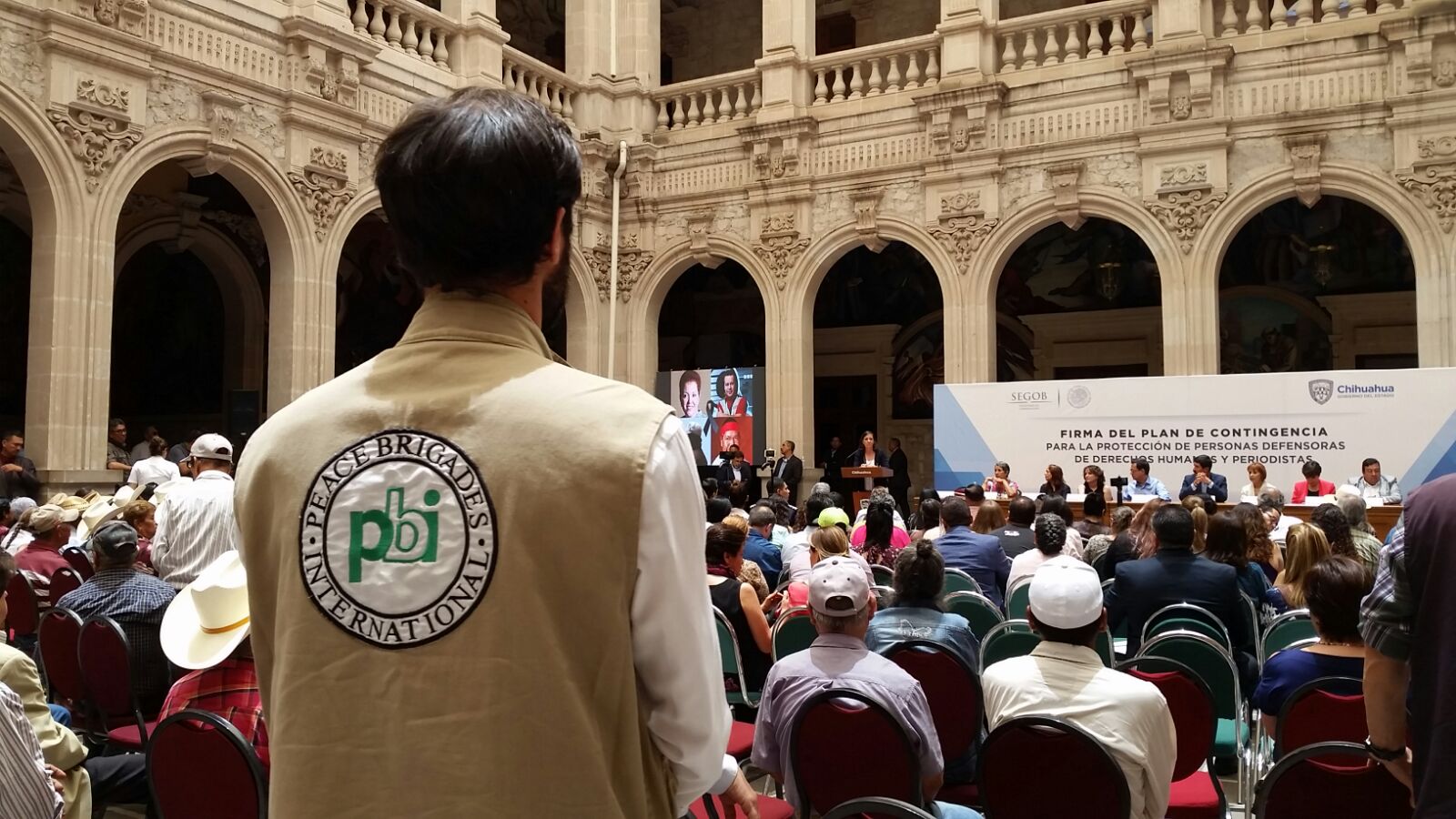 On 9 June, the Governor of the State of Chihuahua, Javier Corral, and the Under Secretary of Human Rights from the Secretary of the Interior, Roberto Campa Cifrian, signed the Contingency Plan which was created from the early warning system for the protection of human rights defenders and journalists in Chihuahua.

This early warning plan had been pushed for by civil society. As a part of PBI's international observation work, PBI was present during the public event in which the plan was signed by representatives of the Federal and State governments as well as with civil society.

The initiative was created by Mexican civil society due to the violent context in Chihuahua, which puts it among the three most dangerous states in the country with regard to the defense of human rights.

The plan has 5 main themes: journalists and freedom of expression; vulnerable populations; the environment; the Tarahumara Sierra; and cross-cutting strategies like justice, transparency of information and the legal context.

Governor Javier Corral stated that with the approval of the Plan, the “foundation to support and guarantee the work of human rights defenders” was also approved. At the same time, the director of the Sierra Madre Alliance (ASMAC), Isela Gonzalez, in representation of local civil society, emphasized the need to effectively implement the measures in the plan.

It is important to remember that Chihuahua is the second state in Mexico to create an early warning system and it is the first state entity to create a contingency plan approved by the three levels of government.

PBI accompanies the Civil Society organizations in the process of the implementation of this early warning system.