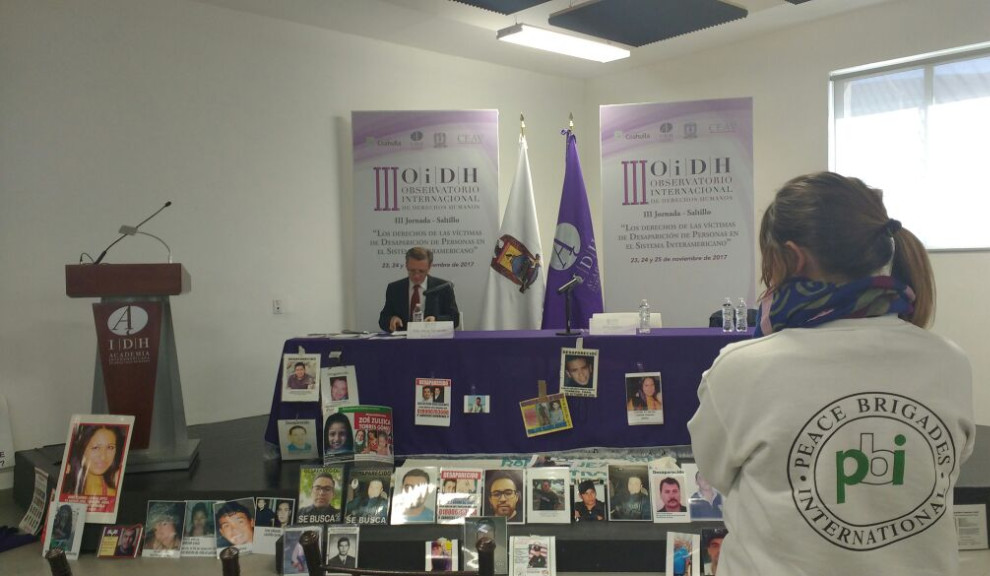 On 6 November the Human Rights Clinic from the University of Texas published a report titled, “”Control… over the entire state of Coahuila” together in collaboration with the Fray Juan de Larios Diocese Center for Human Rights (FJDL). The report collects testimonies that were given during different hearings in the United States, and highlights the serious human rights violations in the region. It is important to highlight that Coahuila has been identified by several actors as a high-risk region for the defense of human rights and as one of the states with the greatest number of aggressions against human rights defenders. As part of PBI Mexico's accompaniment to the Center, we have been concerned about several reactions that have been provoked by this report. As part of our accompaniment, PBI visited Saltillo on 11 November to observe the latest meeting between Coahuila governor Ruben Moreira Valdes and other state authorities and collectives of relatives of the disappeared from Coahuila. The meeting took place on the same day that the State Plan for Exhumations and Forensic Identification was approved for 2018.