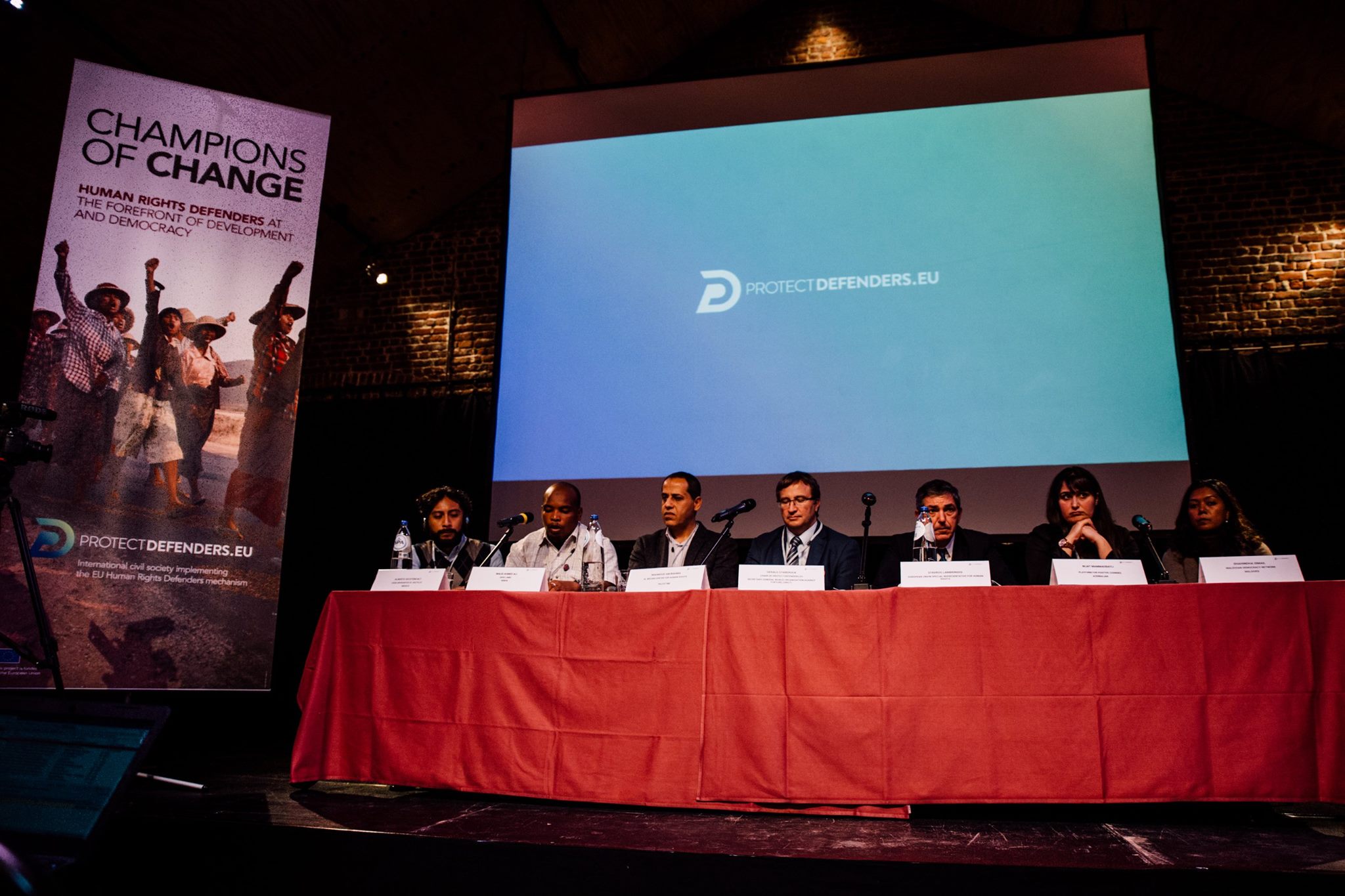 The Director of the Saltillo Migrant Shelter, Alberto Xicoténcatl was invited by Peace Brigades International to participate in several events in Europe  with the goal of increasing the visibility to the work carried out by migrant and refugee rights defenders in the state of Coahuila, and the high level of risk associated with their work. In Bilbao, the Spanish Commission to Support Refugees – Euskadi held an event titled “Protecting those who defend” which brought together Special Rapporteur on the situation of HRDs Michel Forst, with human rights defenders from Latin America and the Sahara, and European organizations to reflect on protection needs, strategies, and the specific risks faced by human rights defenders. At the event, several participants agreed that criminalization is one of the practices that is most often used to obstruct their work, and that aggressions often precede more serious attacks. This situation of vulnerability has also been documented by the UN Committee on Migrant Workers during their review of Mexico last September. During the review, the Committee stated that defenders of migrants in Mexico are the target of violence and threats by organized crime and human trafficking rings, in collusion with authorities, and they suffer harassment and defamation by immigration agents, security agents, and different orders.