Mexico isn´t a safe country for anyone, it doesn´t have the capacity to attend the migrant population, Alessio Mirra - Casa del Migrante Saltillo

Photo: a mural at the Casa del Migrante Saltillo representing the countries of Latin America, painted by a migrant who passed through the Casa

Since October 2017, different political statementes in the media and from certain American and Mexican politicians have categorised Mexico as a "safe third country", but what does the term "safe country" refer to and what would the implications of this categorisation be for migrants and the organisations that defend them in Mexico?

In order to better understand the topic, PBI interviewed Alessio Mirra, legal adviser in the Refuge "Casa Migrante Saltillo" (Saltillo Migrant Shelter), organisation accompanied by PBI since the year 2014 that works in the defense of the rights of migrants, offering them holistic attention in the North of Mexico. 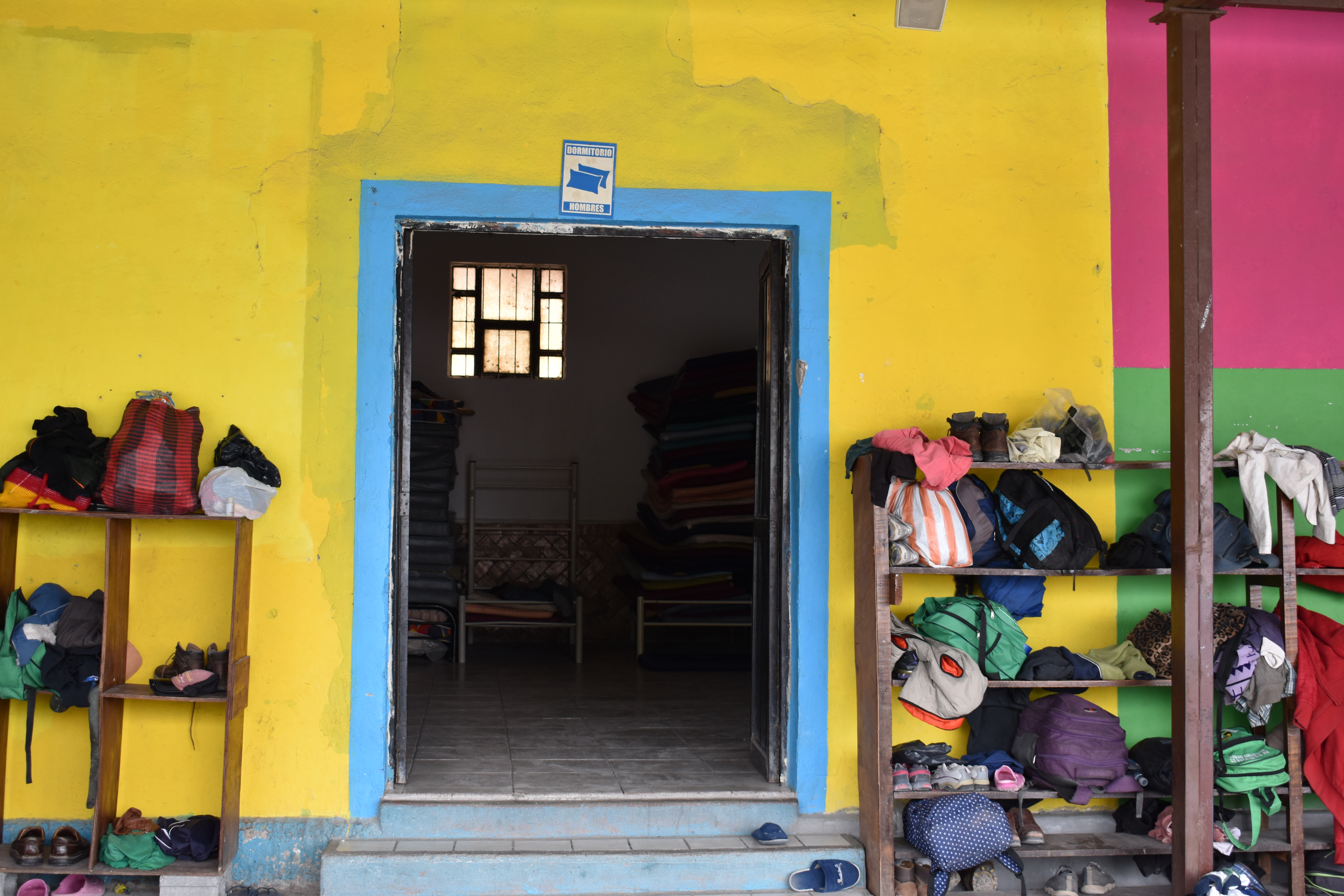 Geographically Mexico is an important transit country for people who come from Central American countries heading towards the United States.  Mexico is also a final destination for migrants from different places as it counts on a continuous flow of people that enter the country at the Southern borders and travel up to the North of the country where there are more possibilities to find work for those who decide to stay in Mexico, meanwhile others continue their journey to cross the Northern border.  Mexico is therefore a place where migrants come up against complex legislation in terms of their protection.

Given the increase in the numbers of migrants who pass through the North of Mexico, specifically through Saltillo, the capital of the State of Coahuila, where the Refuge "Casa del Migrante Saltillo is situated, the organisation has decided to increase the capacity of the refuge with the support of the UN in order to attend this growing migrant population (See article: The Casa del Migrante del Saltillo builds a new refuge in collaboration with the UN High Commissioner).  This strategy also pertains to respond to the concerning increase in insecurity in border regions of the country that represents a serious risk to the integrity of the people who travel through these zones, as well as the organisations that defend them.

According to international law, a person can request asylum in any country when they comply with the criteria to qualify for refugee status - Alessio explains to us that 90% of the people who cross Mexico as migrants have profiles elegible for refugee status given their conditions of vulnerability in their countries of origin and due to the insecurity they are escaping from.  This vulnerability puts them in a situation of risk in their journey through Mexico and according to Alessio the majority of migrants are victims of serious human rights violations throughout their travles, of which 99% remain in impunity. 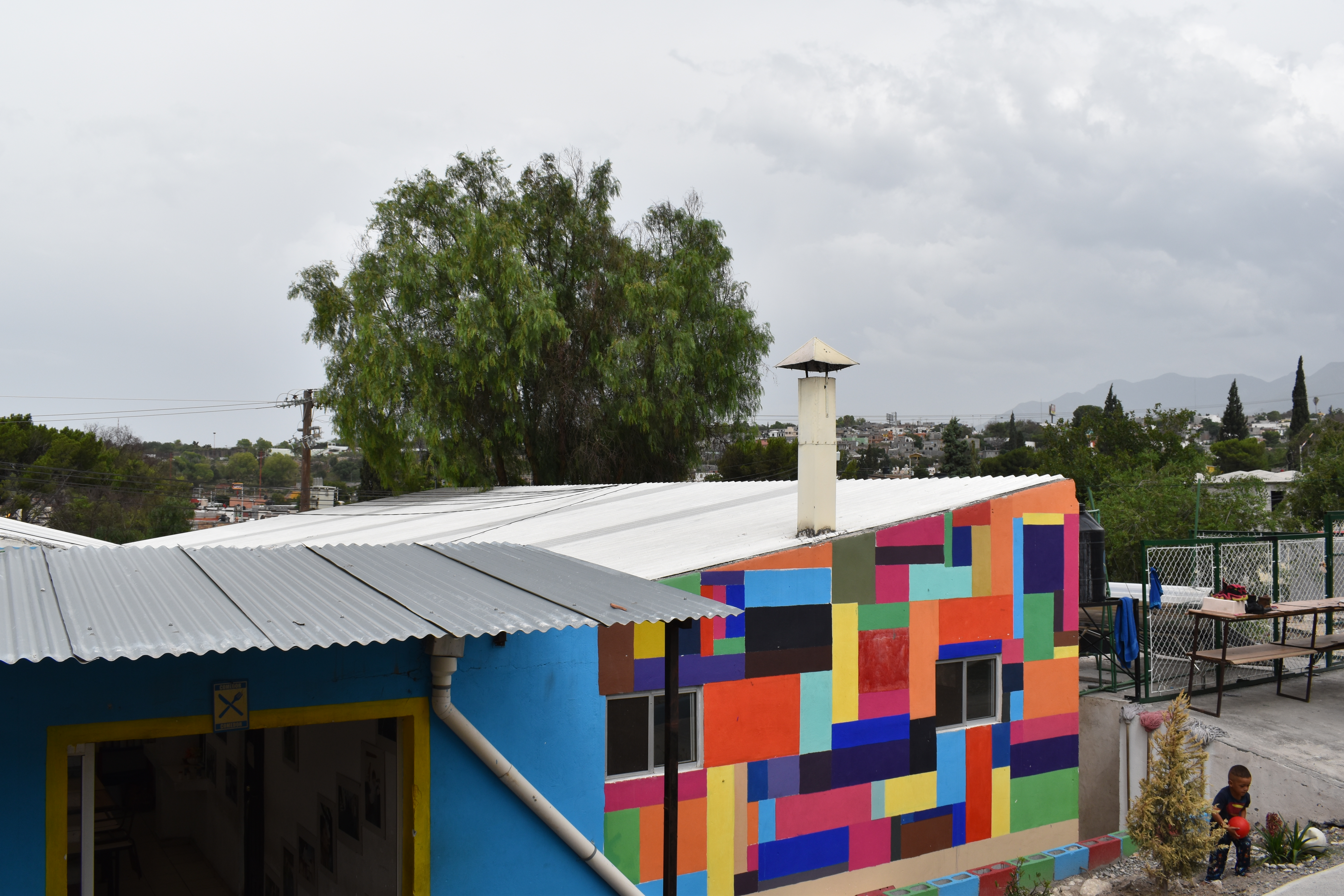 Categorising Mexico as a "safe third country" implies that Mexico would be converted into a destination country for migrants, meaning those that arrive to the United States passing through Mexican territory could be sent back to Mexico where they should seek asylum.  In this framework, the big questions that many organisations are asking is whether Mexico is a safe country for these people and whether it has the institutional capacity to attend asylum seekers and satisfy the protection needs of the migrant population.

Alessio argues, "Mexico isn´t a safe country for anyone, it doesn´t have the capacity to attend the migrant population and no one should be obliged to stay in a specific country according to international law. Mexico isn´t ready".  Currently the Mexican Commission for Refugee Assistance (COMAR) only has three delegations that attend the migrant population in the entire country and given the high number of people who cross the country, procedures that should normally take 90 days currently take from 6 months to a year.

PBI has accompanied the refuges "Casa del Migrante Saltillo" in the State of Coahuila as well as "Hermanos en el Camino" in the State of Oaxaca which has allowed us to verify the high levels of risk that organisations and individuals live through for their legitimate work defending the human rights of migrants in the North as well as the South of Mexico.  This is due to the precarious situation this population finds itself in as well as the concerning stigma it suffers which is why many of the organisations that defend them depend on protection mechanisms such as international accompaniment in order to be able to continue their important work.