For life, peace and community development; from our own cosmovisions and with deep respect for Mother Earth, we state that mining does not represent an option for development for our villages and their inhabitants

Water is worth more than gold, because you can´t drink gold!

This was declared by more than 30 rural indigenous communities from the Central Valleys of Oaxaca, accompanied by organisations and collectives from the State, in the framework of the Conference of Communities from the Central Valleys Against Mining, "Here we say Yes to Life and No to Mining", an event accompanied by PBI that was held on 22nd June, the State day of rebellion against mining, in the municipality of San Antonio Castillo Velasco, district of Ocotlán. 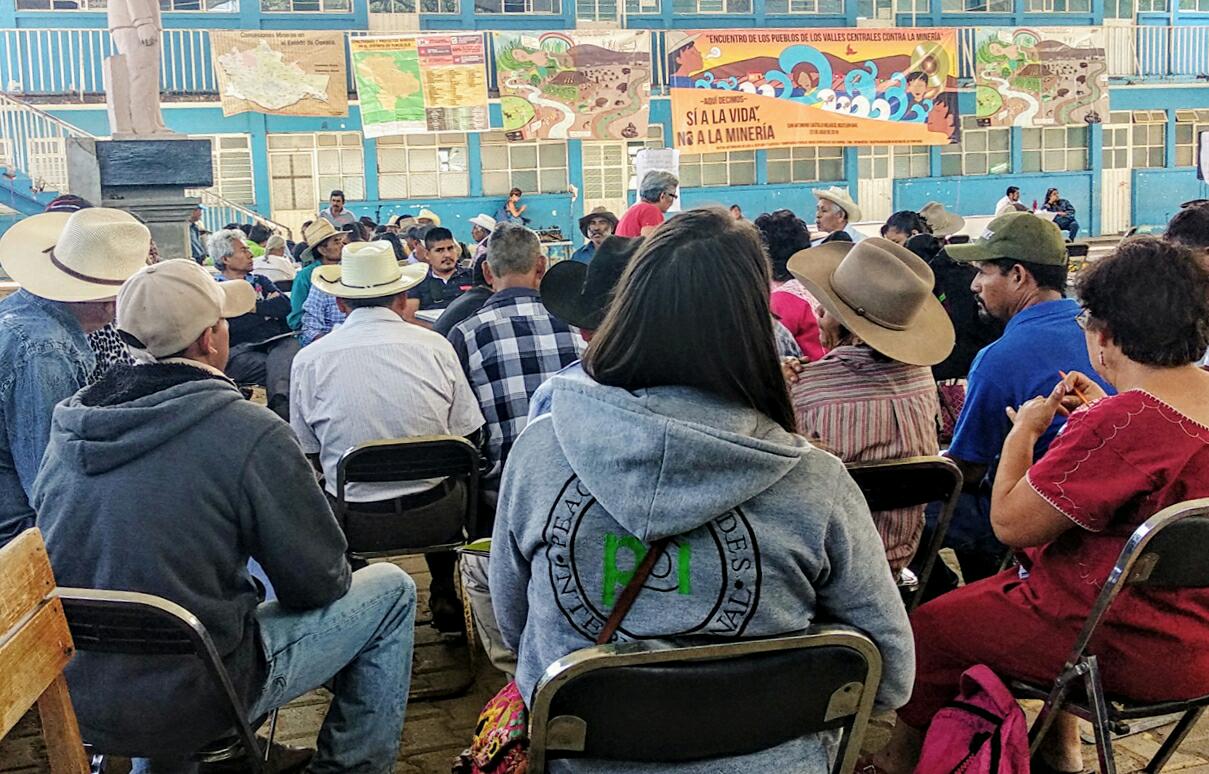 The event followed up on the agreements from the Second State Conference of People, Communities and Organisations that took place in the community of Magdalena Teitipaz on 23rd February 2018.  The conference had the following objectives: create a strategy to prepare for the popular and community driven trial against mining and to vote on the Regional Declaration of the Central Valleys against Mining, where the communities positioned themselves against mining activities in the year 2015.  The conference was also a confluence of peoples and communities from the Central Valleys of Oaxaca that defend their territories against mining projects, specifically in opposition to the establishment of a "mining corredor" of over 100,000 hectares of mining concessions given without free prior and informed consent of the communities affected; those present shared, identified and designed community driven strategies to tackle the multiple social, environmental and cultural impacts of mining project intervention in their territories. 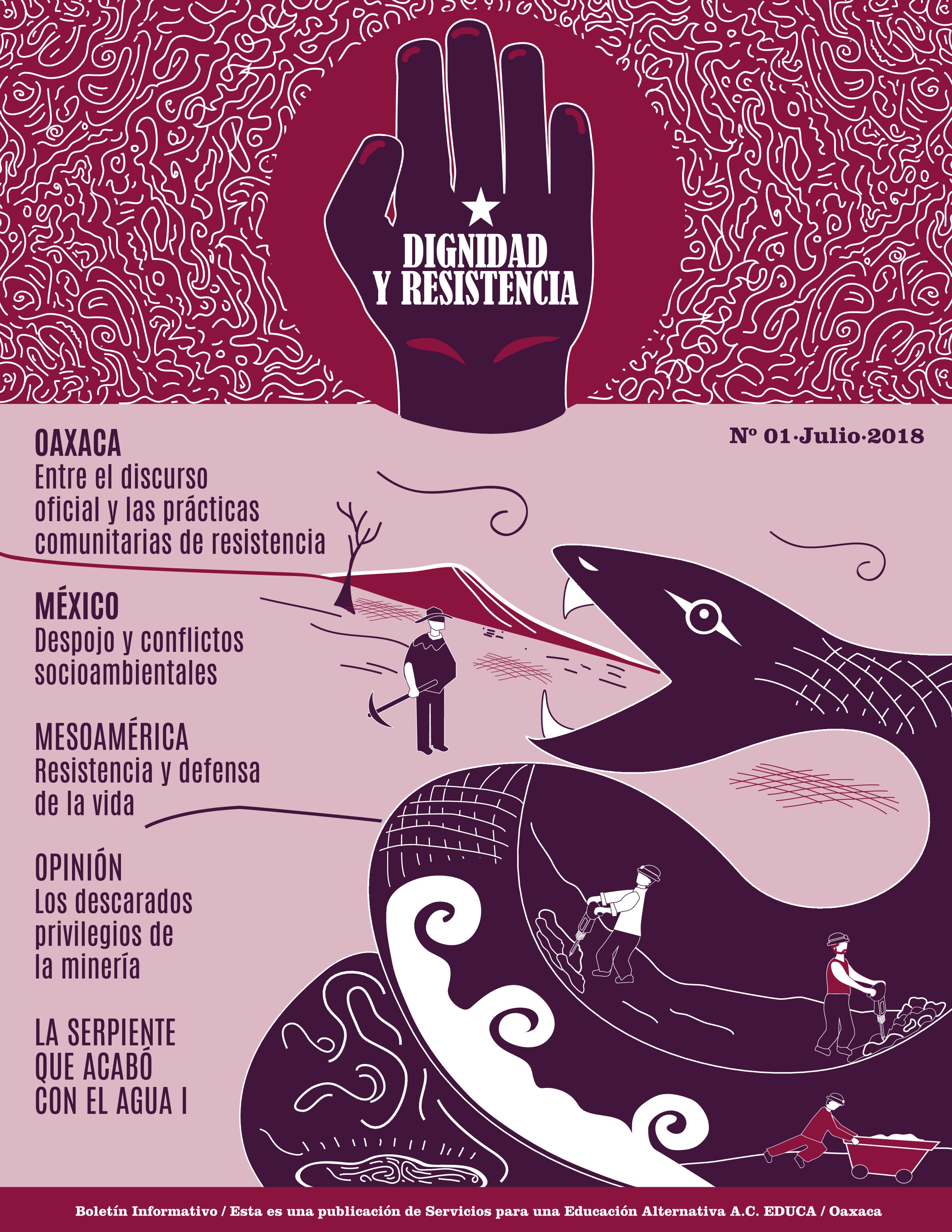 According to the organisations that took part, currently there are 322 mining concessions in the State of Oaxaca that are mainly concentrated in the territories of the Central Valleys and Oaxacan Coast.  EDUCA, organisation accompanied by PBI in the State of Oaxaca, has expressed that the multiple concessions given to mining companies have caused huge dispossession of indigenous lands and that these types of events are the product of processes that have been developing since 2008 when the first conference took place.

As well as building networks to share information and strengthen regional work between different social sectors and reafirming the profound respect and consideration that the communities have for nature and their natural resources as well as differentiating their vision of "development" separated from the economic concept of extractivism, the event defined ceritain important issues such as the establishment of agreements for the popular and community driven trial against mining in October as well as the signing of the Regional Declaration NO to Mining Projects", a document that confirms, "water is worth more than gold because you can´t drink gold".  The "Community Assembly in Defense of Life, NO to Mining" was also established as an entity that represents the communities in the Central Valleys and is in charge of all legal action against mining intervention in these territories.

Given that PBI is greatly concerned about the security situation for people who defend land, territory and the environment (See our publication "In Defense of Life"), it is fundamental to highlight the legitimate work of so many organisations such as EDUCA, that accompany and support processes of defense of the human rights of communities and peoples, the sovereignty of their terriotries and the respect and care for natural resources throughout the country.

Despite the fact that the Mexican Government has aquired a series of committments in terms of international norms and treaties, the situation of risk that defenders live in remains high and the existing protection mechanisms do not seem to be sufficiently effective in tackling the problem.  The Inter-American Human Rights Commission has observed "the lack of adoption and implementation of effective measures of recognition and protection of those who defend and promote the rights to territory, environment and those related to access to land".

PBI will therefore continue to work at the request of the local organisations that we accompany, in the protection and strengthening of the spaces of work of people and organisations that promote human rights and the right to land and territory.  PBI calls upon authorities to protect and respect the work, security and life of defenders that work on these issues.

English
Tags:
Accompaniment
Economic, Social and Cultural Rights
Land, Territory and Enviromental Defenders
Oaxaca
Themes:
Land, Territory and Environmental Defenders
Quotes:
For life, peace and community development; from our own cosmovisions and with deep respect for Mother Earth, we state that mining does not represent an option for development for our villages and their inhabitants