On August 30, the International Day of the Victims of Forced Disappearances was commemorated.

On August 9, the International Day of Indigenous Peoples was commemorated under the theme "COVID-19 and the resilience of indigenous peoples", recognizing the effort of indigenous communities to seek their own solutions to the pandemic through knowledge and traditional practices1.

"We oppose development that reduces our forests, that destroys our lands" (...) With the pandemic we will have to live the rest of our lives. "

Last Thursday, July 2, PBI organized a virtual seminar on the defense of the rights of migrants in the time of COVID-19 in collaboration with Madrid’s University Carlos III, and for which we had the presence of the Special Rapporteur on Human Rights of Migrants from the United Nations, Professor Felipe González Morales.

During this past month we participated in and carried out various activities as part of our current remote accompaniment of organizations and human rights defenders in Mexico. Here, we highlight some of them:

In the state of the health emergency caused by Covid-19, human rights defenders, journalists and CSOs urge the Mexican Government and its institutions to generate measures in order to guarantee the right to defend human rights, in accordance with national and international recommendations. 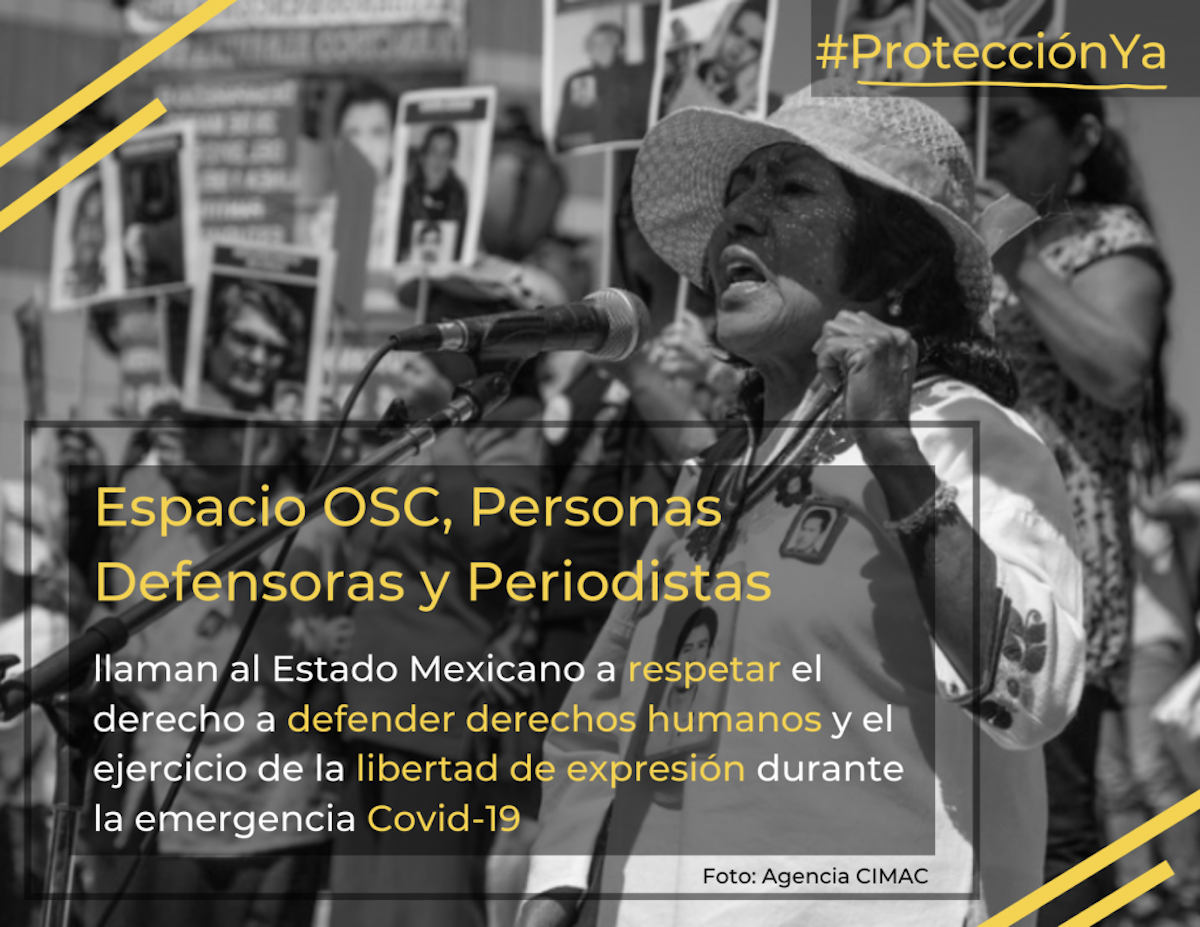 Within the framework of our 20 years as a project in Mexico, we are pleased to share our Annual Project Report. The report recalls outstanding moments that have marked the history of PBI in the country, as well as the important events that 2019 has left us, accompanying the work of human rights defenders in Mexico.

Located in the south of Mexico, the Isthmus of Tehuántepec crosses both Oaxaca and Veracruz. The Pacific and Atlantic Oceans are divided by only around 200km, making this Mexico’s narrowest point. Development projects have been operating in the area since the early 20th century, and PBI has accompanied human rights defenders protecting land and territory – and facing threats for their opposition to such projects – since 2011.

“The isthmus, commercial route for the world”