I support this initiative. I think we need this type of international recognition to show the great contribution of the community of human rights defenders to peace, democracy and human rights - Michel Forst, UN Special Rapporteur for Human Rights Defenders 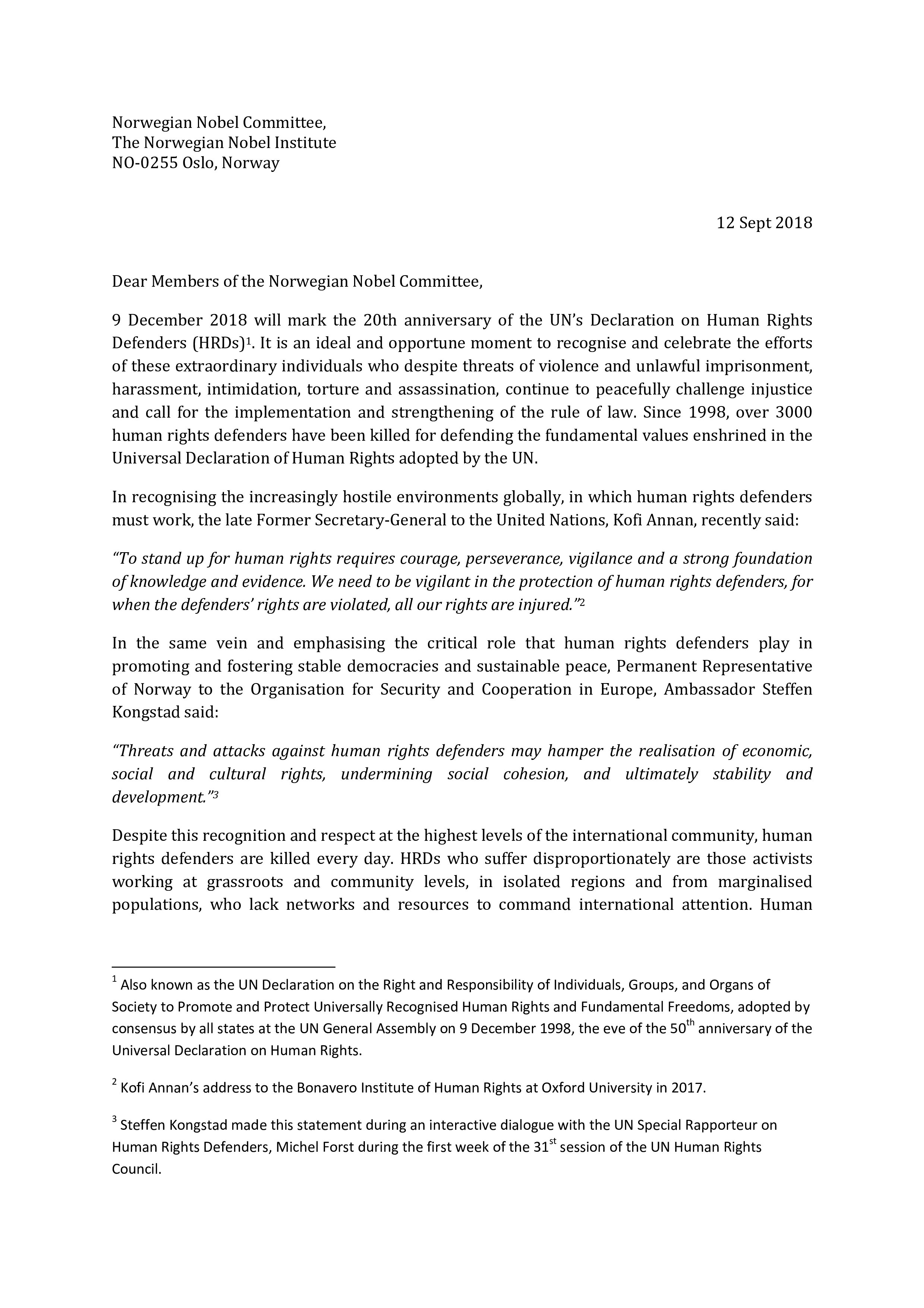 This week PBI has published an open letter in support of the ground-breaking nomination of the global community of Human Rights Defenders for the Nobel Peace Prize. The letter has gathered over 200 signatures from civil society and human rights organisations across the world.

The nomination, to mark the 20th anniversary of the UN Declaration on Human Rights Defenders, is reflective of PBI’s fundamental vision: to protect and promote the vital work of human rights defenders in pursuit of peace, democracy and social justice.

Now more than ever, as human rights are under threat across the world, is the time for this global community of Human Rights Defenders to stand together.

PBI has provided life-saving support to human rights defenders and communities for over 35 years, in some of the most dangerous countries in the world. We are extremely concerned at recent trends in the repression of human rights activities: 2017 was the worst year on record for killings of defenders, and harassment and criminalisation of defenders are on the increase globally. 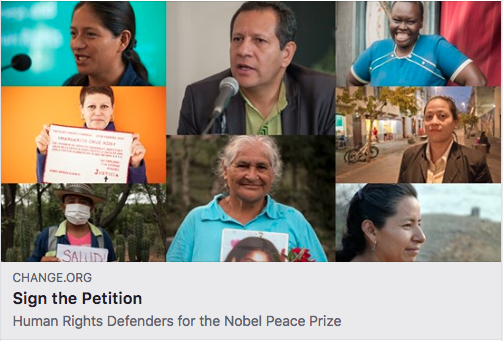 Susi Bascon, Director of PBI UK, said: “We must seize the opportunity of this anniversary year to change the narrative about human rights defenders, recognising them not as trouble-makers, but as peace-builders. We need to move away from the celebration of individual achievements and recognise that community and collective action is integral to the defence of human rights. Awarding the Nobel Peace Prize in the name of this global community would represent a powerful endorsement of this vision, and a powerful impetus for change.”

The release of the open letter is accompanied by a public petition.