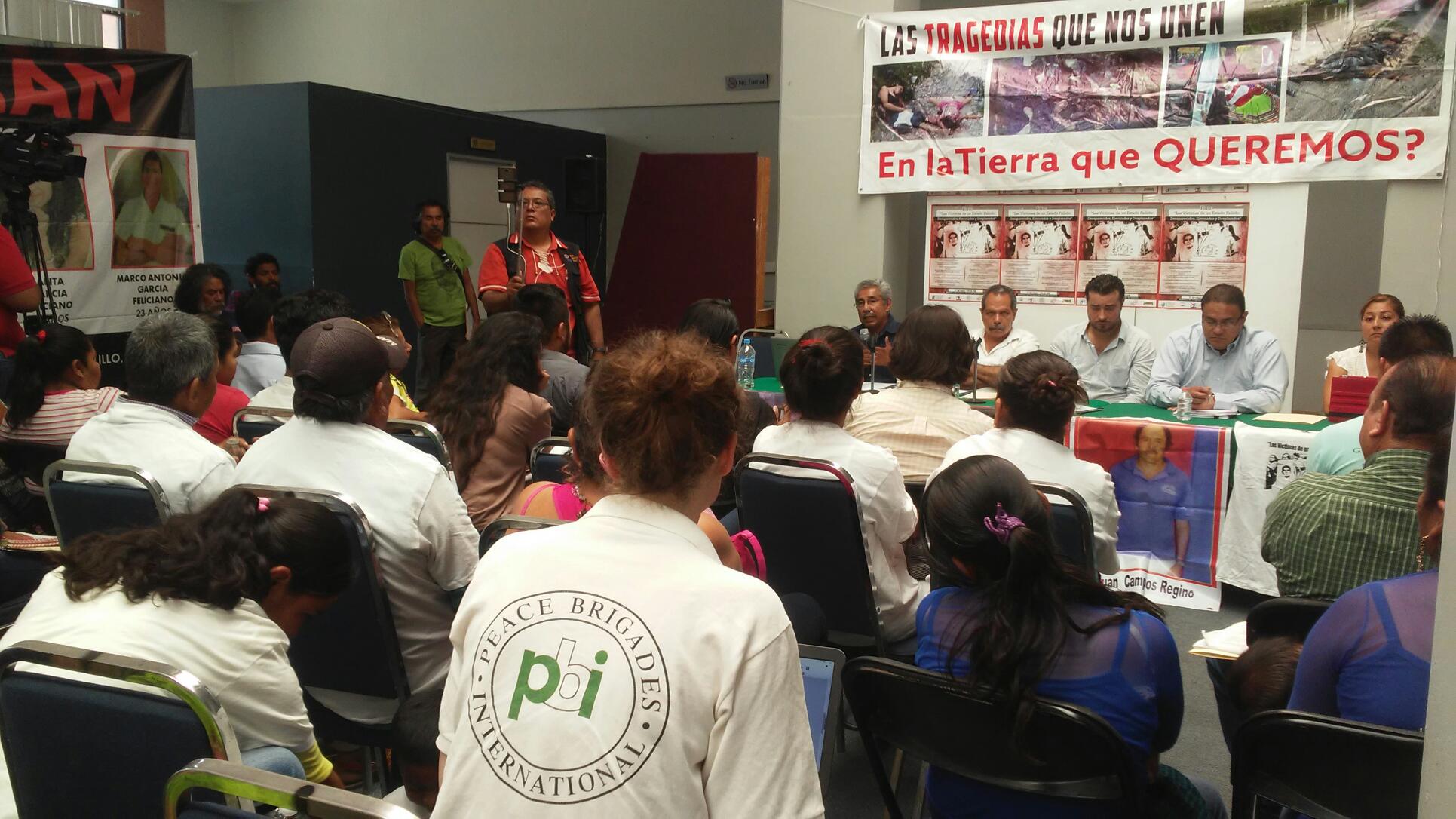 To mark the third anniversary of the mass disappearance which occurred in May 2015 in Chilapa, Guerrero, civil society organizations including the José Maria Morelos y Pavon Human Rights Center, the Tlachinollan Human Rights Center (both organizations accompanied by PBI) and the Collective Against Torture and Impunity (CCTI) organized the forum “Victims of a Failed State: Disappearances, Executions and Displacements”, which took place on 11 May in the Congressional Building in Chilpancingo.

During the first panel, family members and victims of violence, among them collectives of families of the disappeared and forcibly displaced, gave testimony about their cases.

Representatives from Civil Society Organizations and the international community, including Ismael Eslava, the First Examiner of the CNDH; Alan García, representative of the ONHCHR in Mexico; and Mario Patron Sanchez, Director the Miguel Agustín Pro Juarez Human Rights Center, among others, participated in additional panels.

Examiner Eslava signalled that disappearances are a structural problem related to the violence and impunity in different regions of the country.

It is also the state with the largest number of clandestine graves in the country.

At the same time, according to statistics from the Mexican Commission for the Defence and Promotion of Human Rights (CMDPDH), Guerrero was the state most affected by forced displacement -- between 2009 and 2007, 1,650 people were affected by this issue in the state.