As we commemorate 4 years from the disappearance of the 43 students from the rural college of Ayotzinapa (Guerrero), PBI stands in solidarity with all those searching for their family members, coming up against unbearable impunity with strength and inspiring dignity.

The terrifying figures of forced disappearance in Mexico speak not only of the crisis of extreme violence the country is living through, but also of the deep need to address structural injustices that allow human rights violations to continue without investigation or the punishing of those responsible.  Forced disappearance is a deeply concerning phenomenon that has affected so many countries in the region and whose emotional impact on the victims is huge and difficult to overcome.

In this article we examen the emblematic case of Ayotzinapa whose 43 students form part of the 34,656 people officially registered as disappeared in Mexico.

Ayotzinapa: “They were taken alive, we want them back alive!” 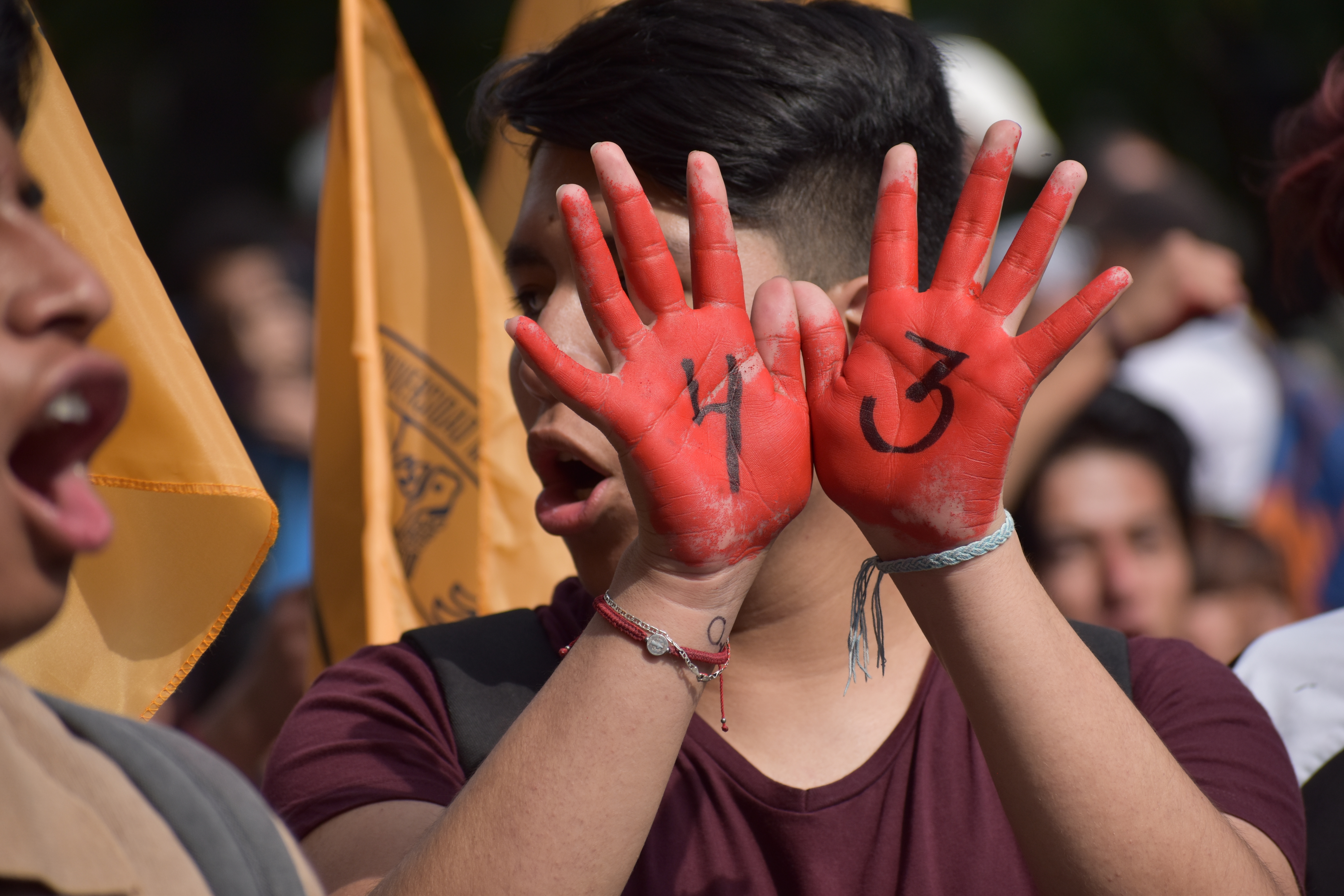 Today, the 26th September, the parents of the disappeared students met with the President elect Andrés Manual López Obrador to talk about the case, their frustrations and specific requests for the new administration.  The government declared their commitment to the case and to the inclusion of international entities to help identify those responsible.

On the night of 26th and the morning of 27th September 2014, 43 students from the rural college of Ayotzinapa were forcefully disappeared in Iguala, Guerrero.  They were part of a group of students that were heading to Mexico City to take part in protests commemorating the massacre of Tlateloco.  To this day, the Mexican State has failed to investigate the whereabouts of the students, establish those responsible and punish them.

Despite the constant pressure from civil society organisations and international entities such as the UN (in their 2018 report “Double Injustice”), the Independent International Group of Experts (GIEI) and the Inter-American Commission on Human Rights (IACHR), the previous government, specifically President Enrique Peña Nieto, continues to manifest that their “historic truth” about what happened continues to be valid, despite the huge evidence against it.

Throughout the past 4 years the parents of the 43 students have become a symbol of the fight for truth and justice and against the impunity and permeates Mexico.  With the support of the Human rights centre Tlachinollan, the Centro Pro DH and other national and international organisations, they have managed to prove that the supposed “historic truth” that was the result of the investigation in the Public Prosecutor´s Office (PGR), and which has always been supported by the government, has been a strategy for the authorities to cover up those truly responsible for the disappearance. 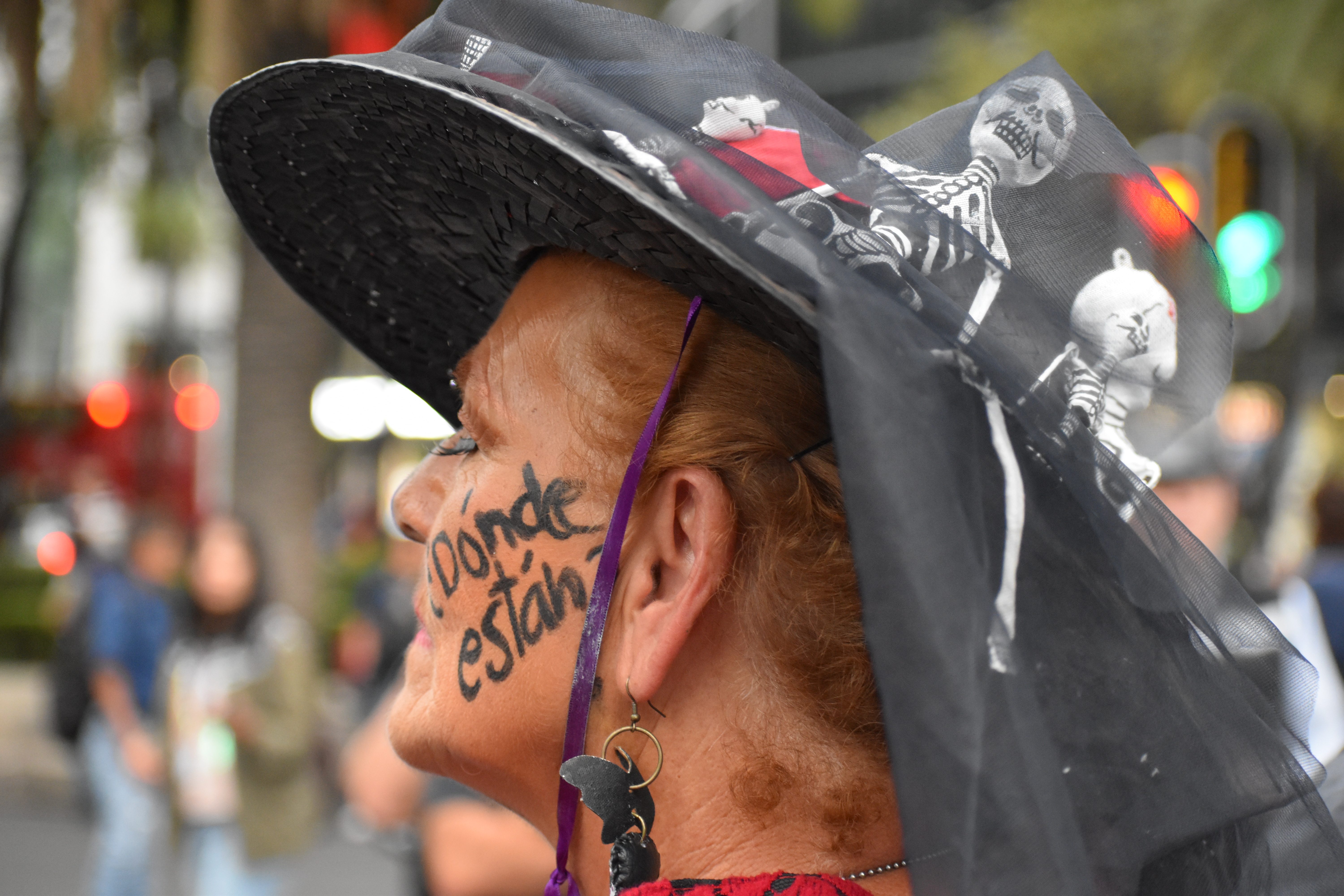 As well as the lack of commitment shown by the authorities and the few advances in terms of justice, several organisations (amongst them Tlachinollan) have studied the psyco-social impacts of the Ayotzinapa case on the parents of the 43 disappeared students, highlighting the re-vicitimising processes that they have suffered due to the actions of authorities during the investigations.  Minerva Bello, mother of Everado Rodríguez Bello, one of the 43 disappeared students, died without knowing the whereabouts of her son.  They say that the situation of stress and uncertainty for the disappearance of her son made her illness worse and eventually killed her.

But the dedication of the parents has not been in vein.  On 31st May 2018 a court in Tamaulipas ordered the investigation of the Ayotzinapa case to be started again due to the seriousness of the detected irregularities.  At the same time it ordered the creation of an Investigation Commission for Truth and Justice.  The sentence also affirms that “due to the fact that in Mexico, unfortunately we don´t count on an independent Prosecutors Office, we consider that the mechanism that should be implemented in this case, with the aim of responding to and overcoming the defects in the investigation, consists in allowing the victims, specifically the families of the disappeared students, through their representatives, to drive the investigation, with the participation of the public ministry”.

The Ayotzinapa case is emblematic of the lack of political will from the Mexican Government to address the topic of forced disappearance in a respectful and fair way.  Despite the fact that this case is known throughout the world, it has been difficult to achieve advances in both the political and judicial spheres, which for the parents of the 43 students, represents an open wound.

PBI accompanies organisations from the Movement for our Disappeared People as well as the National Campaign against Forced Disappearance in Mexico who fight for the recognition of the problem of forced disappearance in Mexico and so that the voices of the victims are heard and included in the designing of public policies which address the topic.

Both movements highlight the need to demonstrate political will at all levels of the Mexican State to search for disappeared people, identify remains and return them respectfully to their families so they can have a dignified burial and so their families can begin their processes of grief that have been blocked by the uncertainty of the location of their loved ones.

The topic of forced disappearance is a huge challenge for the incoming government which has already declared that Ayotzinapa will be a priority in the framework of the transitional justice model of peace and reconciliation that they have put forward.