According to the official statistics in Coahuila, between 1995 and 2018, 1,779 cases have been registered

Searching for disappeared people in Coahuila

In the State of Coahuila in the North of Mexico, for years hundreds of families have organised themselves in order to search for their loved ones who have been forcefully disappeared. According to the official statistics in Coahuila, between 1995 and 2018, 1,779 cases have been registered. 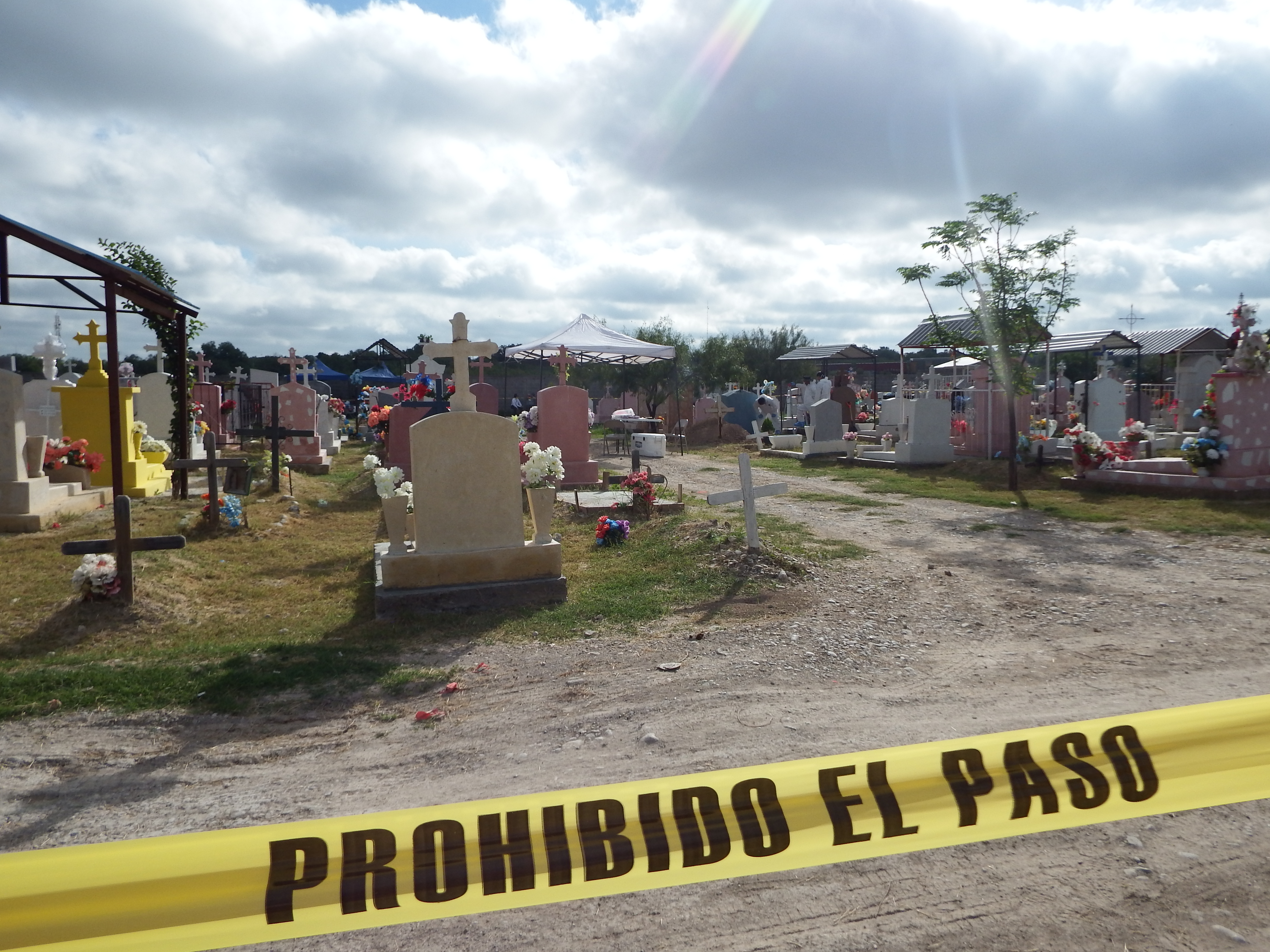 The collectives of family members of disappeared people that have organised themselves in order to search for their loved ones, as well as the international pressure surrounding the topic have permitted certain advances in the work undertaken in the search for and identification of disappeared people. In the State of Coahuila, since 2013 the recommendations form the UN Working Group on Forced and Involuntary Disappearances have begun to be implemented. Throughout this process the families of disappeared people and human rights organisations have been the impulse behind the creation of public policies that pertain to guarantee the access to truth, justice, reparation and guarantees of non-repetition in relation to forced disappearance. In this framework, at the end of 2017, a State law was adopted with the aim of identifying “each and every disappeared person, as well as remains localised in open fields.” From this law the Exhumation Plan was derived, that created an organisation that works on searching for and identifying bodies in the State of Coahuila through a coordination between authorities and civil society.

The Diocesan Human Rights Center Fray Juan de Larios A.C. is one of the organisations that accompanies the process and the family collectives. Since the year 2009, it has acted as a defense organisation, offering legal aid, psychological and organisational support for the families of disappeared people to build alternative routes of hope. PBI has accompanied Fray Juan de Larios since 2013. In this specific case of exhumations, PBI has the role of international observer in the State Exhumation Plan. PBI recognises the importance of accompanying the processes that involve human rights defenders in which the right to justice, truth and guarantees of non-repetition are claimed in the context of disappearance, with an emphasis on the importance of the participation of the families in the whole process.

In the framework of the State Exhumation Plan, a series of working days have been organised where the authorities carry out exhumation processes and the family collectives, accompanied by Fray Juan de Larios, document everything that goes on. In Coahuila, the majority of families are organised in 5 collectives: United Forces for our Disappeared People en Coahuila and Mexico (FUUNDEC-M); Victims Groups for Disappeared People in Action (V.I.D.A); United Families in Search and Localisation of Disappeared People Piedras Negras; Wings of Home from Allende and the International Association for the Search of Our Disappeared People (Asibudes). Each collective represents the constant struggle that families begin when a person disappears, they are the ones who search for and investigate the whereabouts of their loved ones. Not only do they search for their family members but they have built a solidarity network and in order to collectivise their struggle, the families search for all disappeared people in Mexico. 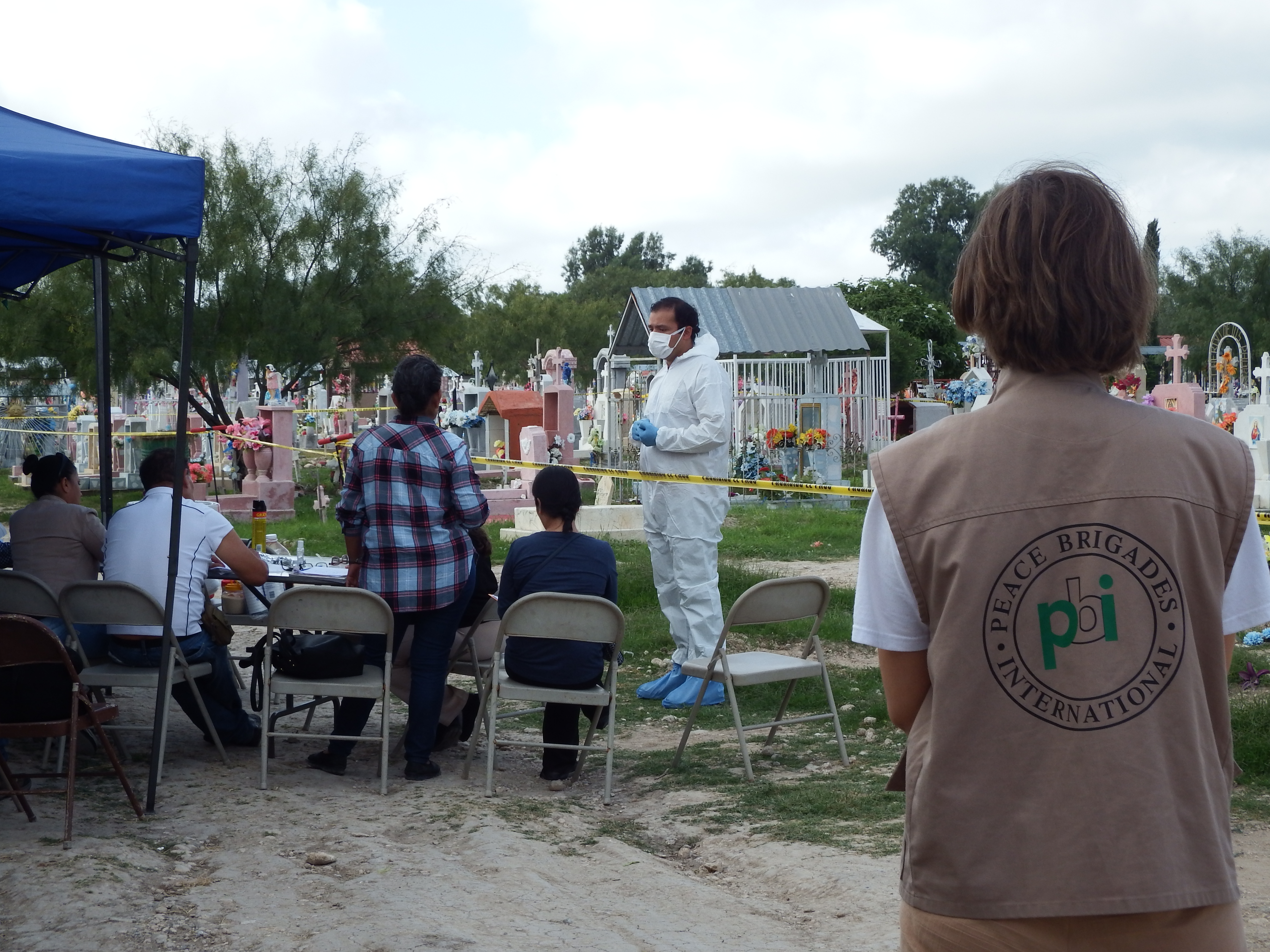 So far in 2018, several working days in the framework of the Exhumation Plan have been carried out, mainly in the municipalities of Acuña and Piedras Negras. In the first days of October PBI accompanied Fray Juan de Larios and the family collectives to a days of exhumations that took place in the municipality of Piedras Negras. The representatives of the collectives came form several different areas of Mexico and during two days, in the presence of State authorities, undertook the exhumation of four bodies.

Both Fray Juan de Larios and the collectives recognise the existence of the State Plan, but identify huge challenges in it´s implementation. According to the rhythm and planned calendar of the Plan, the authorities will need about 10 years in order to exhume 498 bodies, a figure far inferior to the official figures of the State. In addition, the huge challenge of identifying and giving back the remains to the families of the disappeared people, as well as the topics of investigation and prosecution of the crime remain. There is a long road ahead, yet this Plan offers at least a glimmer of hope within the bleak panorama of forced disappearance in Mexico.

English
Tags:
Accompaniment
Coahuila
Disappearances
Mexico
Themes:
Public Security and Human Rights
Impunity and Access to Justice
Quotes:
According to the official statistics in Coahuila, between 1995 and 2018, 1,779 cases have been registered