Pasta de Conchos: A symbol in the fight for labour rights

"Whenever a Pasta de Conchos memorial comes up, people seek me out to speak to me and I tell them again why I collect rubbish... As if I did it for fun.  My son lived with me and was the one who sustained me... Because of the authorities, I have been working in a rubbish tip since my son died.  I leave at six in the morning after drinking a cup of coffee with biscuits.  I take a tin of tuna, tortillas or whatever I can eat in the rubbish tip... I get home in the afternoon... I make myself another coffee with biscuits and go to sleep.  That´s how it is every day, I don´t have a day off because if I rest, I don´t eat".

In the month of February the organisation Familia Pasta de Conchos comemorates the 13th anniversary of the tragedy of the explosion of the Pasta de Conchos mine where 65 miners were killed.  For the families, this episode caused fractures in their family and community dynamics as well as an irreplaceable void.

In honor of the memory of those who died, on 19th February the families and the organisation Familia Pasta de Conchos will head to Mexico City to attend a mass in front of the anti-monument Past de Conchos.

After 13 years of struggle and hope, and through the effort of human rights defenders, the case was admitted before the Inter-American Commission on Human Rights (IACHR) in March 2018, as one of the only mining cases admitted before the IACHR.  Through the admission report, the Mexican State´s responsibility in the non-compliance of it´s obligations to guarantee the fundamental rights of the 65 miners was recognised.  Rights such as the fight to life; given that the State did not oblige the extractive company Grupo México to respect the security norms, which resulted in the fatal incident for the workers and a point of no return for their families.

As well as other particularities of this case, the group of family members directly opposes one of the largest extractive companies in the country, meaning it is a hugely important case, backed up by over 1,000 petitioners and with international accompaniment and interest.

Converted into a symbol, this case illustrates the path for future cases related to the topic of working conditions, because it documents how labour rights form an integral part of human rights, an issue that has hardly been reported on in the IACHR.  Paradoxically, the case of Past de Conchos has not be lead by a single trade union, but has arrived before the IACHR solely sure to the persistence of human rights defenders and the family members of the victims, touching strategic interests of large important economic and political actors. 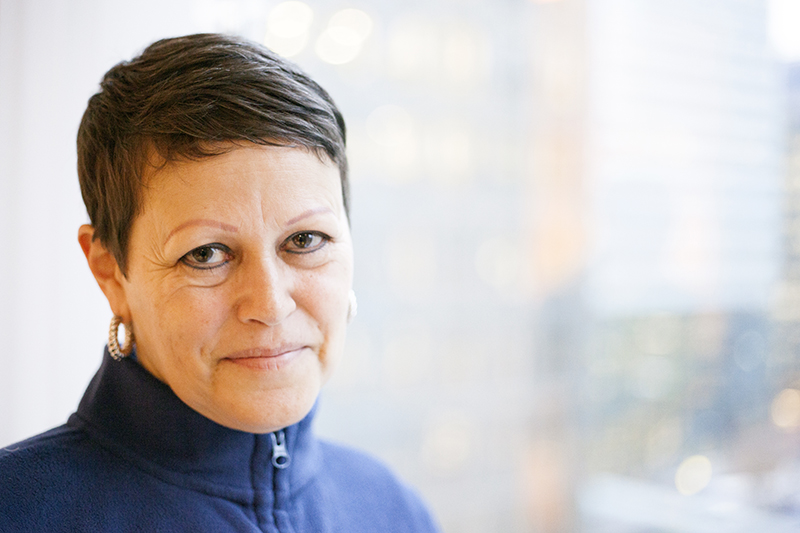 As a consequence, Cristina Auerbach, director of the organisation Familia Pasta de Conchos, accompanied by PBI, has been victims of many attacks and constant defamation in the press for her defense work.  PBI has called upon the institution of the new Mexican Government to respond favorably to the requests of the organisation and the families of the victims, and remember that compliance with the recommendations issued by the IACHR is mandatory.  Non-compliance with the recommendations could result in the case being redirected to the Inter-America Court of Human Rights.  It is also their responsibility to repair damages to the families and to rescue the trapped bodies so they can return home, as well as economic support to prevent families falling into poverty.  13 years later, the families are still waiting for their dignity to be re-established and for true justice.

We remind the Mexican State of it´s duty to protect defenders such as Cristina Auerbach and others across the country so they may continue their work in spaces free of violence and fear.