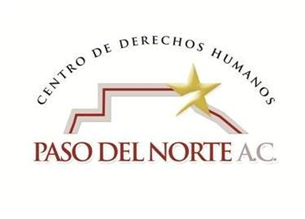 Due to concerns about their security, PBI has been accompanying the Paso del Norte Human Rights Centre (Centro de Derechos Humanos Paso del Norte) since 2013. The centre was the first organization to receive accompaniment from the then newly formed PBI team in northern Mexico.

The Paso del Norte Human Rights Centre, located in Ciudad Juárez, in the state of Chihuahua, was created in 2001 by priest Óscar Enríquez Pérez to address human rights issues in the region.

The mission of the Human Rights Centre is to “promote and defend human rights with the involvement and engagement of people, particularly those who have been most affected, and to work towards a cultural transformation that is based on respect for life.” The members of the organization started carrying out this work in a context marked by violence against women, executions, corrupt security forces and a climate of impunity.

In this context of violence and impunity, the Centre emerged as a space that could advise and instruct the local community about their civil rights. Its goal is to build awareness of human rights, advocate for their promotion and defense, and to work towards a cultural and social transformation of reality. Today, the Centre’s main areas of work are a comprehensive defense of rights and the accompaniment of victims of human rights violations, with a focus on cases of torture and enforced disappearances. Through its activities, the Centre is trying to work towards a culture that respects the rule of law and defends human rights in Ciudad Juárez.

The cases that Paso Del Norte takes on are dealt with in a holistic manner, meaning that they provide legal as well as psychosocial assistance to the people who come to the Centre seeking support when their rights have been violated. The organization also leads trainings on people’s rights and enabling people to form civic committees so that they can organize themselves in their communities to defend their rights. Paso Del Norte is staffed by an interdisciplinary team made up of psychologists, lawyers, sociologists and social workers.

Since 2008, with the militarization of Ciudad Juárez as a result of the federal government’s strategy to combat organized crime, the Centre was able to verify numerous human rights violations committed by military personnel: arbitrary detentions, cases of torture, disappearances, raids and searches, and extrajudicial executions that were attributed to the security forces. The Army was replaced by the Federal Police in 2010, but according to Father Óscar, “when we would look at the young people whom we were defending, all of them had been beaten, which made it very clear that there was a pattern of behaviour by the Police”. The number of complaints against the police and the Army went up but there was no organization at the time that was taking up the cases. Paso Del Norte decided to fill this gap and to begin addressing cases involving violations committed by the Armed Forces and the police.

Militarization is still a reality in the region and and human rights violations are still being committed by the security forces in Ciudad Juárez and the state of Chihuahua, as well as in Mexico in general. In addition to their involvement in cases of torture and disappearances, the Centre has another goal, which is to bring to light such issues and the human rights violations stemming from militarization. As such, the organization publicly denounces violations and tries to influence policy and the response from the authorities, demanding they put an end to these practices and to impunity. For example, in October 2017 Paso Del Norte, together with Autonomous University (Universidad Autónoma) of Ciudad Juárez, the National Pedagogical University of the State of Chihuahua, CEDEHM, the CentroProdh and the National Network of Civil Society Organizations for Human Rights “Todos los Derechos Para Todas y Todos” (“All Rights for Everyone”), organized a forum entitled “International Security Law: Risks for civil society stemming from militarized public security”. Participants discussed the consequences of the Internal Security Law, the impact of the involvement of the armed forces in activities related to public safety, the challenges for human rights in Mexico resulting from the country’s militarization, as well as alternatives to the Internal Security Law and proposals from civil society. In addition to these initiatives, the Centre also provides training workshops on specific topics of interest, for example the use of the Istanbul Protocol in cases of torture.

Due to their work in defense of human rights, the Centre has been harassed and has received threats from the state and federal authorities. On 5 June 2011, the Centre was subject to a raid by the Federal Police, when 20 police officers forcibly entered their offices, went through their documents and damaged the premises. The incident resulted in a recommendation from the National Human Rights Commission (CNDH). The raid took place one week after a hearing on the “car bomb” case, an emblematic legal case that Paso Del Norte has been involved in. In 2010, five detained individuals “were tortured in various ways in order to be forced to accept the charges of the explosion of a car bomb, organized crime, and drug and arms trafficking”.

In 2012 the organization was again targeted. In September and October they were under surveillance and harassed by officials from the State Prosecutor General’s Office and the Chihuahua Ministerial Police. The members of Paso Del Norte denounce that their security risk is high due to the complaints they have filed against members of the security forces.

For more information on the Paso del Norte Human Rights Centre and the context in Chihuahua, please see:

• Interview entitled “With the arrival of the Army and Preventive Federal Police to the city, human rights violations shot up” with Diana Morales, of the Paso del Norte Centre in the PBI Mexico publication “Mexico at Peace”? Security strategy and human rights” (2014)