On 30th August 2018 families and organisations, together with the Human Rights Centre Paso del Norte, took part in a memorial event for the victims of forced disappearance, in the centre of Ciudad Juárez (Chihuahua).  Members of PBI Mexico were at their side, ensuring the human rights defeners of Paso del Norte were protected and to shed light on the topic of forced disappearance in the North of Mexico and the risk that the struggle for justice brings with it. 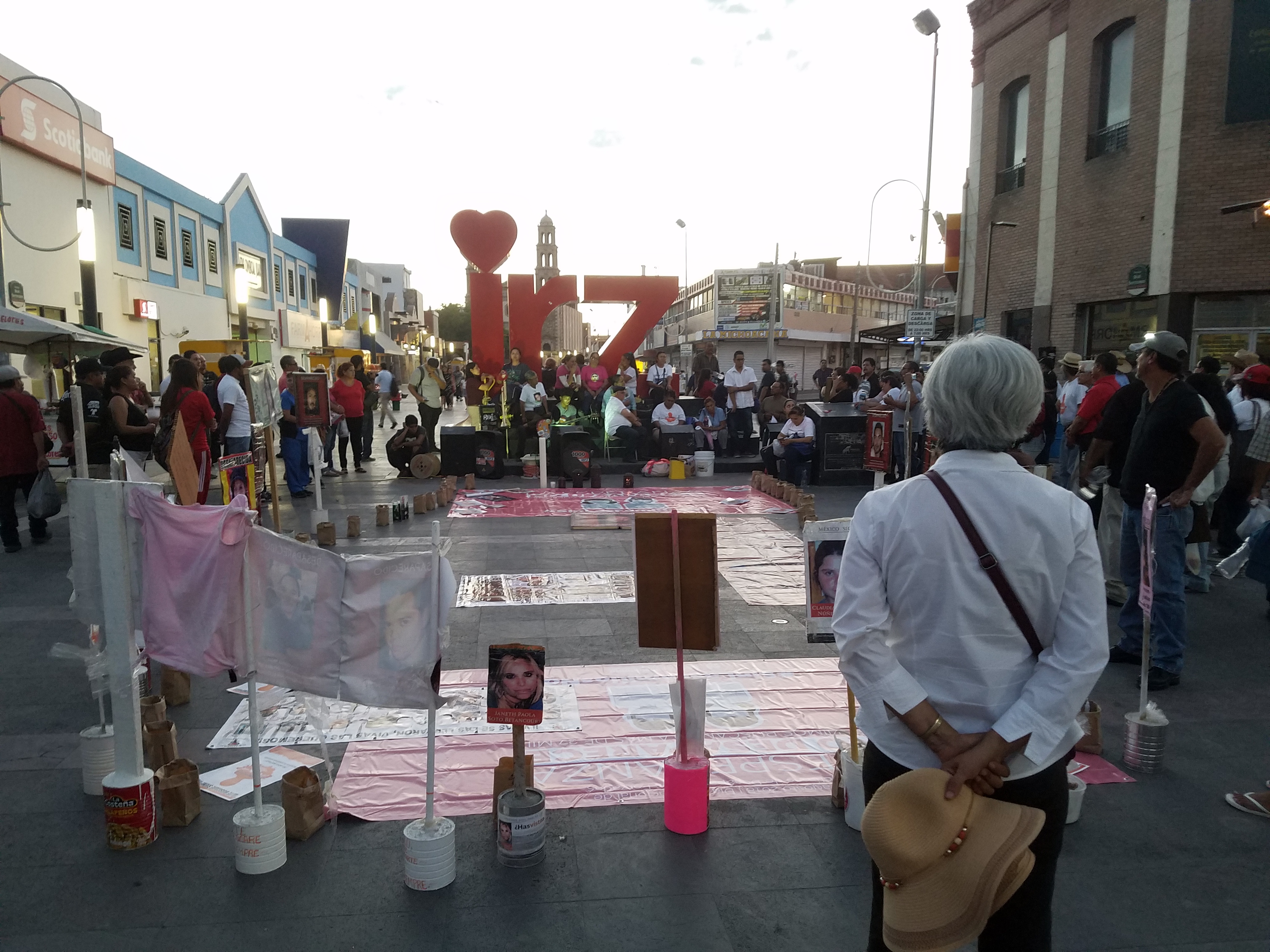 In front of the Museum of the Revolution at the Border, in the centre of Ciudad Juárez, collectives and family members of victims organised a memorial to attract the attention of the general public and authorities to the topic of forced disappearances to demand justice.  The faces of various victims appeared in a photographic exhibition, illuminated at dusk by candles that family members and other passers by had lit.  This was the last in a series of activities organised during the month of August to conmemorate the International Day for Victims of Forced Disappearance on 30th August.

Ciudad Juárez continues to be one of the most dangerous cities in the world, as seen in the high number of homicides and forced disappearances.  Throughout the first half of 2018, Chihuahua has the sixth highest number of forced disappearances with 2,186 registered in the state according to the National Register of Lost or Disappeared People, that caluculates its figures based on official reports presented to the authorities.  According to NGOs, the true figure is over 2,400.

The Human Rights Centre Paso del Norte has dedicated itself since 2001 to the holistic defense of cases of torture by armed forces and the police, and to cases of forced disappearance.  They work in an environment of extremely high risk due to the violent context of Ciudad Juárez, and the activities that they carry out.  The Human Rights Centre and those working for it have been targets of threats and harassment by the authorities.  A serious security incident was the breaking-in of their offices in 2011 by the Federal Police who were then sentenced to 6 years in prison.  They rely on protection measures from the Federal Mechanism for the protection of human rights defenders and journalists that they were given in 2012 and also precautionary measures from the Inter-American Commission for Human Rights awarded to them in 2011.  PBI has accompanied Paso del Norte since 2013. 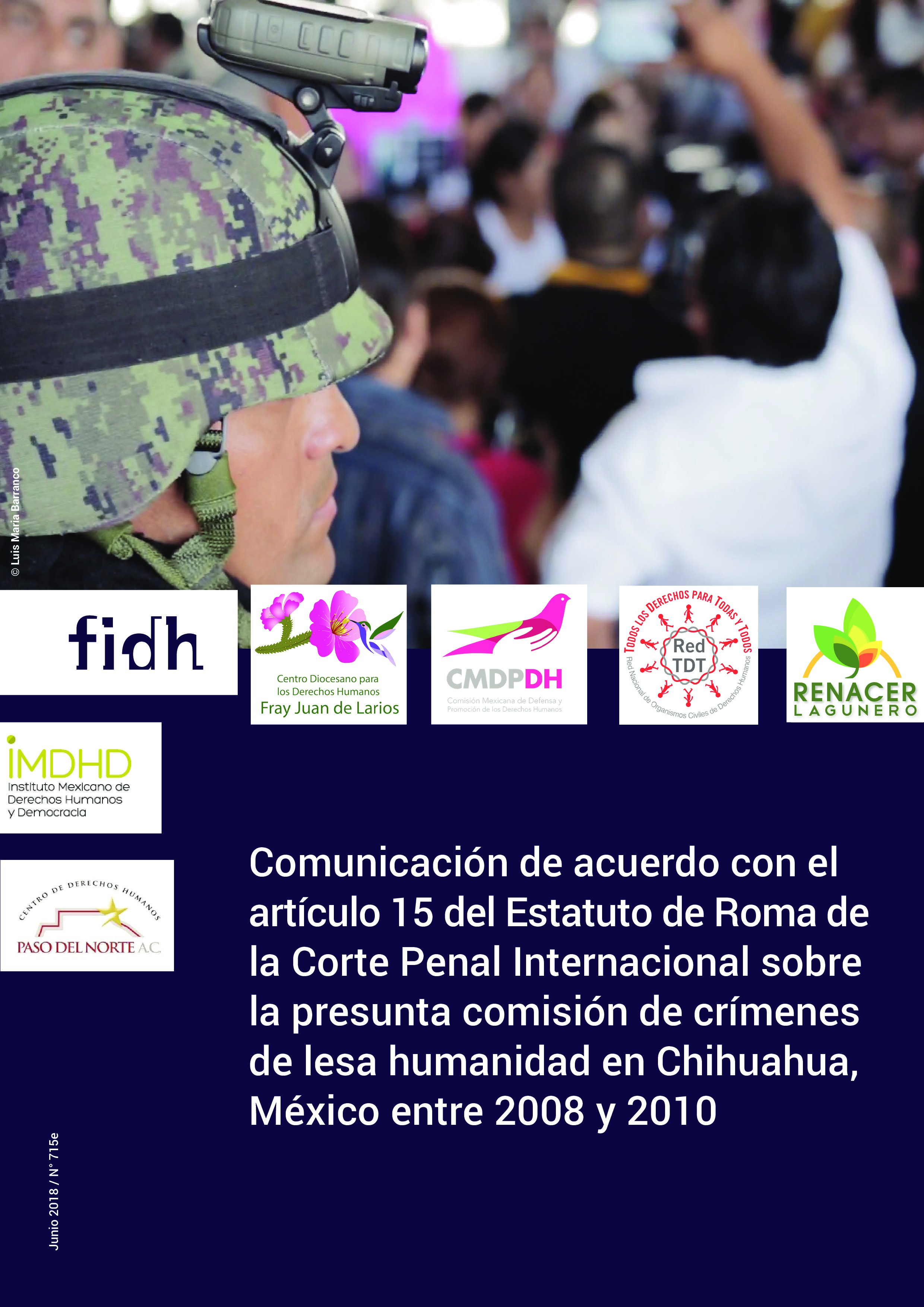 Despite their situation of risk, the members of Paso del Norte continue to fight for justice and for human rights.  In June 2018, together with seven civil society organisations and the International Federation of Human Rights, Paso del Norte presented a report to the International Criminal Court (ICC) with the aim of offering further information about crimes against humanity that took place in the state of Chihuahua between 2008 and 2010, in the framework of the Joint Chihuahua Opperative and the "war against drugs".  According to this document, members of the armed forces that participated in the opperative, with full knowledge from the highest levels of civil and military authorities, committed crimes against humanity such as murders, torture, serious deprivation of liberty, rape, secual violence and forced disappearance.

PBI expresses its concern over the documented events in the report presented to the ICC and the impacts that a document as sensitive as this could have on the risk situation of Paso del Norte.

With this in mind, PBI organised a delegration of Spanish lawyers to visit Chihuahua, Coahuila and Mexico City in April 2018 in order to shed light on the risk situation that lawyers who defend human rights live through in these regions.  They published the results in the report "Mexico: constantly at the crossroads".  They highlihted that the situation of risk had not decreased for human rights defenders who work in the states of Chihuahua and Coahuila and that amongst the cases that generate most risk are those related to the denouncing of crimes such as torture and forced disappearances; topics that Paso del Norte specifically work on. 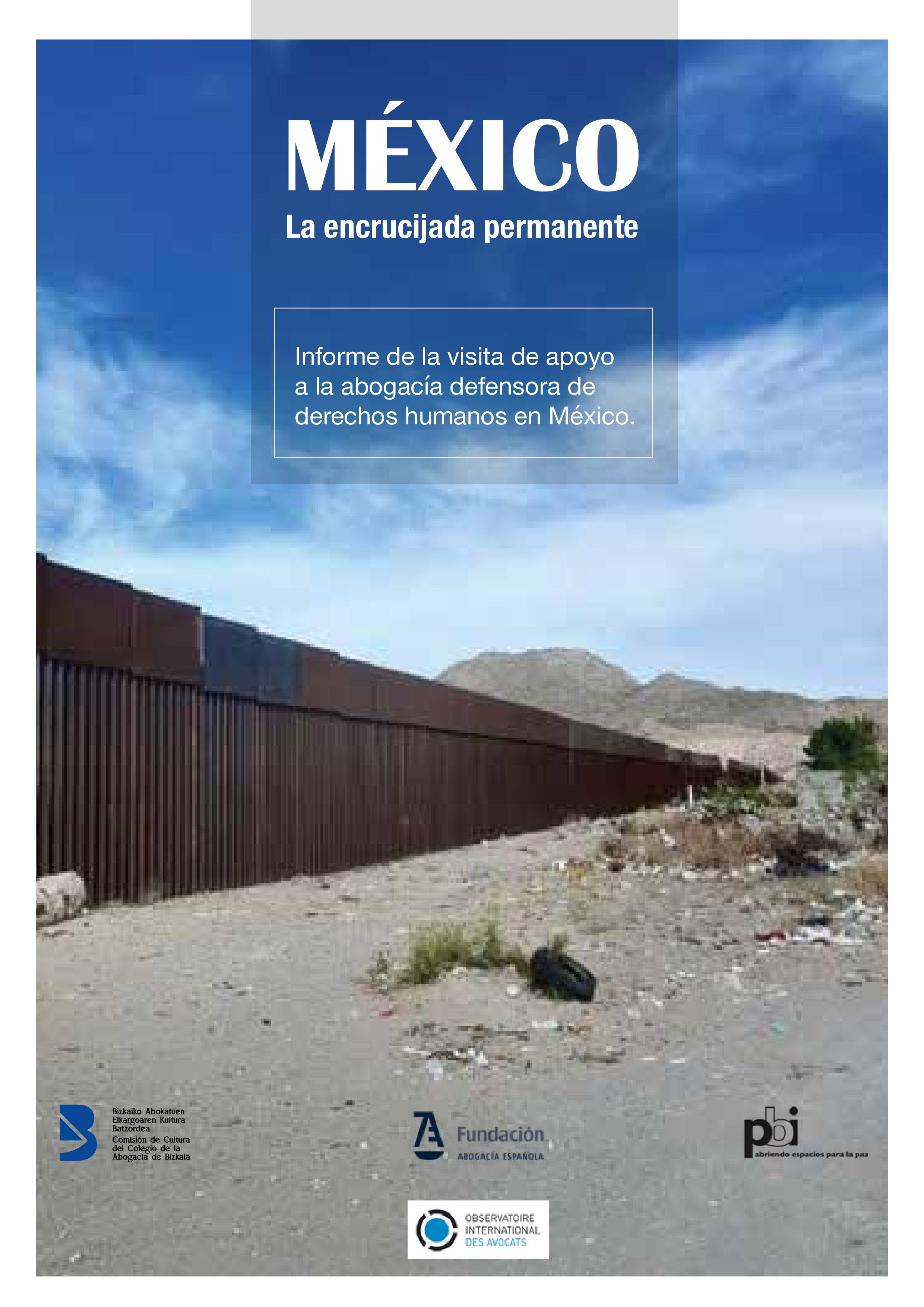