The Mountain of Guerrero: the source of resistance and whirlwind of hope

"Mountain, you are our refuge and strength, in you we rest our collective spirit.  Your vigilant hills protect us from the reach of enemies of our people.  In this source of resistance, our struggle strengthens and immerse ourselves in this whirlwind of hope"

The mountainous region of the State of Guerrero is an unstoppable source of resistance.  Abel Barrera Hernández, director and founder of the Human Rights Center of the Mountain Tlachinollan, expressed this on the 24th anniversary of the organisations, celebrated on the 6th October in the municipality of Tlapa de Comonfort. 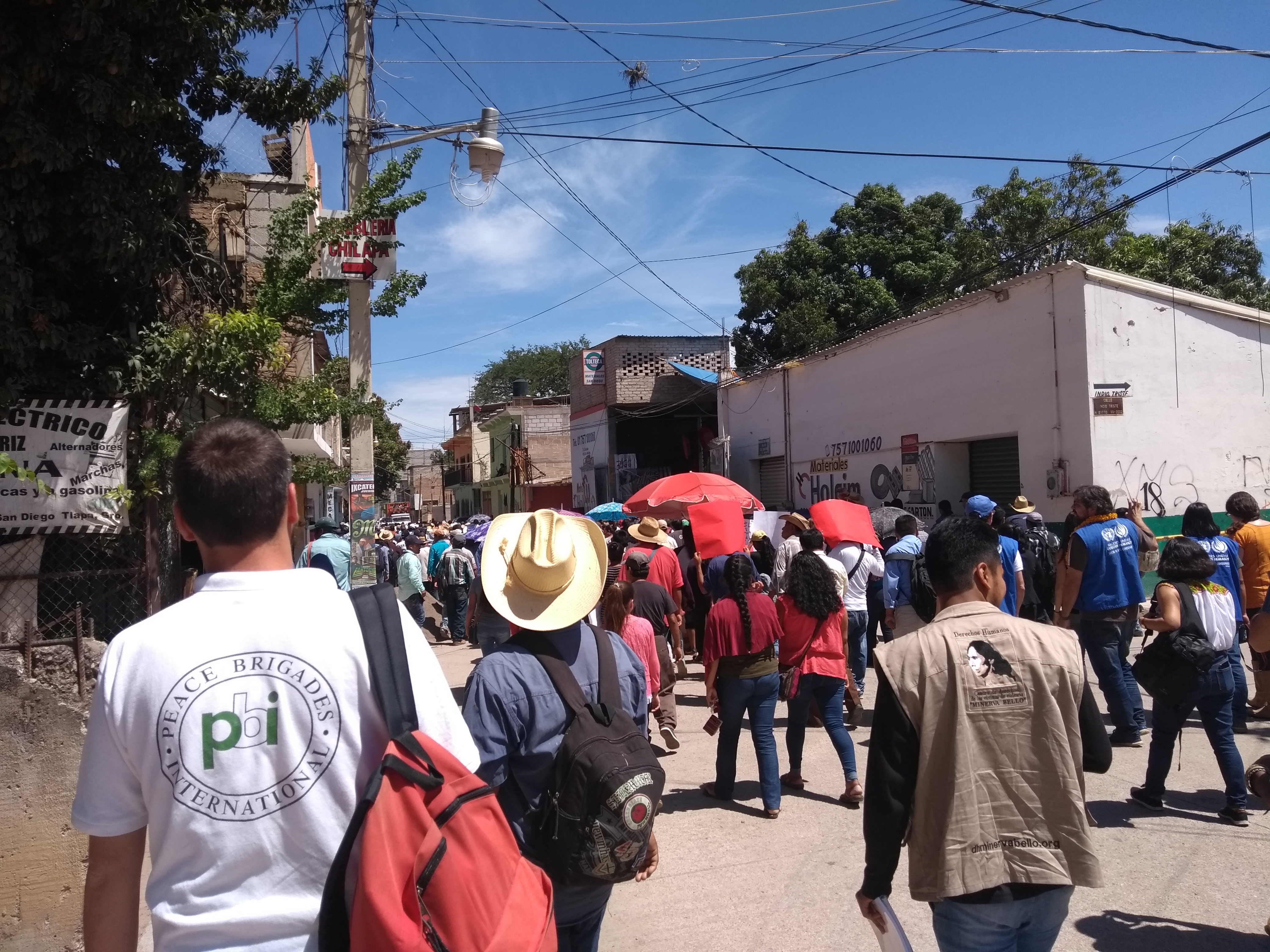 The event, accompanied by PBI, was attended by the mothers and fathers of the 43 students from Ayotzinapa, students from the "Nomal" college Raúl Isidro Burgo (read our article "Forced disappearance: an open wound in Mexico"), Valentina Rosendo Cantú (read our article "Justice for Valentina"), Arturo Campos, indigenous leader arbitrarily detained for over 4 years, and members of the Elected Council of Communities in Opposition to the Dam La Parota (Cecop). Jesús Peña Palacios, representative of the UN High Commission on Human Rights and the Senator Emilio Álvarez Icaza, representative of the National Human Rights Commission (CNDH), as well as activists and members of national and international human rights organisations also participated.

The commemoration began with a eucharist held by the Cathedral in Tlapa, followed by a presentation of the 24th report of activities undertaken by Tlachinollan over the past year.  In it´s over 500 pages, the document with title "Mountain: the source of resistance and whirlwind of hope", recounts emblematic cases accompanied by Tlachinollan en their work promoting and defending human rights in the communities of na savi, me´phaa, nauas, nnánncue and other communities in the Mountain, Costa Chica of Guerrero.

The report highlights, amongst other cases: the tireless struggle of the mothers and fathers of the 43 students of Ayotzinapa that demand justice for their sons and the creation of a commission for the investigation, truth and justice for the case; the criminalisation of community defenders, such as the imprisonment of the members of Cecop in their resistance against the building of the hydroelectric dam in the municipality of Acapulco; the story of Valentina Rosendo Cantú and the sentence that condemned two members of the Mexican army for the violence committed against her, as well as a chapter dedicated to the women of the Mountain, who have appealed to judicial resourced and confront social and state structural misogyny as victims of gender based violence and femicides.  The process of territorial defense against mining concessions, expressed in the case of the Juba Wajín community (San Migual del Progreso), were also documented.

The violence in Tlapa has got worse over the past months producing a situation that puts the work of Tlachinollan and the security of it´s members at risk.  PBI, having accompanied Tlachinollan since 2001, congratulates them on their 24th anniversary and for being the unstoppable force of hope and struggle in defense of human rights in Guerrero and Mexico.