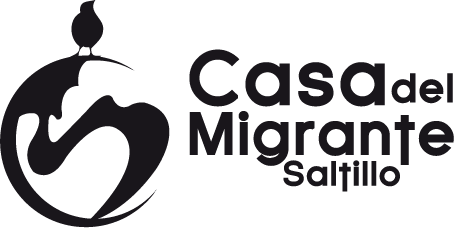 “Each year, hundreds of thousands of undocumented migrants from Central America, in particular from Guatemala, Honduras and El Salvador, travel through Mexico en route to the border with the United States”. The Casa del Migrante was created in Saltillo after a wave of assassinations of Central American migrants.

“Despite the government’s promises to address the safety of migrants, those who carry out these crimes are not brought to trial, except in certain exceptional cases”. According to a report, “Mexico is going through (...) a crisis of alarming proportions when it comes to attacks, assassinations and the exploitation of migrants and their families”.

During a visit to the House, these were the words one of the migrants shared with the PBI team: “United States is the dream but unfortunately Mexico is the nightmare”.

The work of the Casa del Migrante

Faced with this situation, the House receives and helps out on average 80 migrants a day. It is one among a series of shelters that receive migrants in Mexico. In addition to their recognized work providing humanitarian support to migrants, they also carry out the courageous task of denouncing and documenting violations of migrants’ human rights, as illustrated by their publication Notebook on the kidnapping of migrants or the report Saltillo, Coahuila. Mexico: A place of torture for migrants.

The humanitarian support that the Casa del Migrante de Saltillo provides to migrants includes medical and psychological care for those who need it, as well as legal assistance helping individuals with the migratory process and in deportation cases.

The risks they face

In addition to the challenges that are inherently connected with this type of work, those who collaborate with the Casa del Migrante also have to face an elevated level of risk with recurring security incidents.

“They work in a context marked by corruption at the government level, a surge of crimes against migrants being carried out by elements of organized crime, the complicity of the authorities with criminal groups, as well as the intolerance of the communities the migrants traverse and those who are prejudiced against them because of their origin in Central America or because they connect them with gangs and delinquents.” (see report).

In addition, the House has been subject to defamatory comments by the press and the authorities. The attacks have increased since 2009. There are calm, months can go by when nothing happens, and then after some time the tension ramps up again.

The centre has also been repeatedly subjected to harassment and threats. One example was in January 2013, when Father Pedro Pantoja received a death threat.

On 27 January 2014, another of the people in the House was threatened solely for protecting one of the migrants. This occurred by the house’s front gate, an area that is normally under round the clock surveillance by a State Police officer, as the House has been under the protection of precautionary measures.

In recent years, the Casa has also been the target of trickery and attempted scams.

In 2010, the Inter-American Human Rights Commission (IACHR) granted the Precautionary Measure MC 312-09 to the organization.

In 2012, the Casa del Migrante asked to be included under the Mechanism of Protection for Human Rights Defenders and Journalists. They were initially denied by the federal government under the argument that this would not have been compatible with the other protection measures that were in place.

In 2013, it was the Human Rights Commission in the State of Coahuila that asked for the implementation of the Protective Measures.

The defenders report that in spite of the acceptance of these measures by the authorities at the federal, state and municipal level, the implementation of these protection measures has not been developed in coordination with the organization that is supposed to be their beneficiary and as such there have been some difficulties with the actual implementation.

In addition to PBI, the Casa receives support from a number of other international organizations. For example, in February 2014 the house was visited by the director of Amnesty International, an organization with which they are developing a joint campaign.

On the other hand, in 2012, the IACHR invited the Casa to take part in the Thematic Audience on Migration which took place in Washington, United States. In March 2017, the Casa participated in a Public Hearing before the IACHR entitled, “The situation of asylum seekers and refugees in Mexico” in Mexico City.

In 2013, the director of the Casa, Alberto Xicoténcatl, travelled to Europe and the United States with PBI, where we were able to meet with representatives of Members of Congress, local civil society, and local, national and international authorities. Alberto Xicoténcatl also participated in the Congress “Protect those who defend others”.

The Mexico office of the United Nations High Commissioner on Refugees provided support for the Casa del Migrante de Saltillo so that they could enlarge their premises and construct a new shelter exclusively for refugees. The construction of this new installation that will be managed by the Casa began on 5 February.

PBI, through its accompaniment, attempts to open political space at the local, national and international level to enable the Casa to carry out its work in defense for human rights in a manner that is safe, acknowledged, recognized as legitimate, and sustainable.

PBI will continue to dialogue with local authorities so that they can grant the Casa del Migrante de Saltillo the recognition and protection that it needs in order to do its work.

For more information on the Casa del Migrante de Saltillo and the context in Coahuila see: