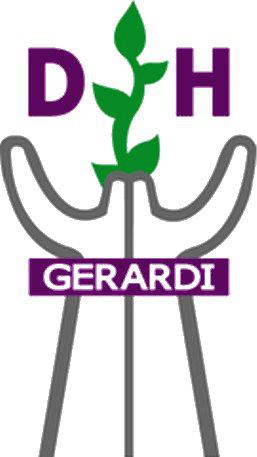 The Juan Gerardi Human Rights Centre has been defending and promoting human rights in La Laguna, a zone of high risk for defenders. The organization has been a victim of harassment and attacks. PBI began accompanying the group in February 2014.  Since 1999, the Juan Gerardi Human Rights Centre (CDHJG) has been working in the lake region of Torreón, Coahuila, promoting a culture of peace and respect for human rights. They currently focus on a number of areas, including the mass migration of people from Central America, the defense of water and the environment, disappearances and education on human rights.

The Centre documents cases of disappeared persons and supports assists the families that form FUUNDEC (United Forces for our Disappeared in Coahuila). They also provide humanitarian support to migrants who cross Torreón en route to the United States; and they document cases of human rights violations of these migrants as well as those who have been deported from the US. Via the Centre a Day One Step towards Hope “Jesús Torres Fraire”, (Centro de Día Un Paso a la Esperanza “Jesús Torres Fraire”), Juan Gerardi has supported hundreds of migrants over the years. It tries to bring attention to and combat the problems stemming from the over exploitation and contamination of the hydrological resources of La Laguna due to commercial activities.

In addition to these areas of work, the organization also plays a role in educating people about human rights. Via church base communities, the Centre tries to raise awareness among the local population about the importance of human rights.

The CDHJG is part of the La Laguna Citizen Encounter, the Jesuit Service for Migrants and the National Network for Civil Society Human Rights Organizations “All Rights for All” (Red TDT network). It also receives support from Cáritas, the Iberoamerican University and the parishes of San Judas Tadeo and Santa Cecilia in Torreón.

The lake region is in the most southwestern part of Coahuila and the mid eastern part of Durango. Torreón is the largest city in the region, with a population of more than 600,000 residents. Since 2009, in the context of the “war against drug trafficking” waged by the Federal government, La Laguna has been inundated by the military and police forces.

Since then, the lake region has been facing high levels of violence and continues to be a key point for the transit of illicit substances and persons to the United States. Violations committed against the migrants travelling through the region and hundreds of cases of disappearances are important factors impacting on human rights in the region.

Local human rights organizations carry out their work under risky conditions. According to the Citizen Council for Public Safety and Criminal Justice, Torreón was one of the 20 most violent cities in the world in 2013, with more than 400 homicides occurring in that year.

In addition to this context of violence, La Laguna is also plagued by problems resulting from the over-exploitation and contamination of hydrological resources. Located in a semi-arid region, the lake region is also associated with the growing of cotton, forage, alfalfa, walnut trees, cattle ranching and goat farming. These commercial activities, combined with the extensive production of milk and beer, use water reserves in an unsustainable manner and have drained the region’s aquifers. This over exploitation results in the contamination of water supplies by arsenic, which has resulted in health problems for the hundreds of people living in the local communities. The CDHJG, together with local civil society, has condemned the illegal extraction of water by the various companies operating in the region and has been waging a public fight for the preservation of local aquifers and the reparation of damages for those who have suffered due to the water contamination.

Threats for their work

Because of the centre’s efforts in connection with disappearances, migration and the aquifer situation in La Laguna, the CDHJG is facing a high-risk situation as an organization.

In February 2012, the Centre’s offices were raided by members of the Army, the Federal Police and the State Police. The office’s cupboards, drawers holding files and closets, as well as parts of the church, were searched.

On 8 September 2013, there was another incident on the CDHJG premises. The Centre was able to confirm that two computers that contained sensitive and confidential information were removed from the office.

There has been no progress in the investigation of either incident by the authorities and to date the members of the organization have not received any clarification ast to the motive for the raid.

Since 2014, they have been under certain measures as part of the Federal Protection Mechanism for Defenders and Journalists and during that year and in 2015, the risk they were facing was evaluated as unusually high.

The safety situation in La Laguna is compounded by the additional risk that the organization faces due to their work, which results in certain obstacles for the Juan Gerardi Human Rights Centre.

PBI is accompanying CDHJG so that it can open up the political space to allow them to carry out their work. It does this mainly by dialoguing with the local and federal authorities, highlighting the Centre’s work and the risks they face, and the creation of an international network that supports Juan Gerardi. PBI’s presence is also a symbol of the moral support of the international community towards human rights defenders in La Laguna in Coahuila.

The CDHJG works closely with the Fray Juan de Larios Diocesis Centre for Human Rights and the Casa del Migrante in Saltillo, organizations based in Coahuila that are also being accompanied by PBI since February 2014.

For more information on the Juan Gerardi Human Rights Centre and the context in Coahuila see: