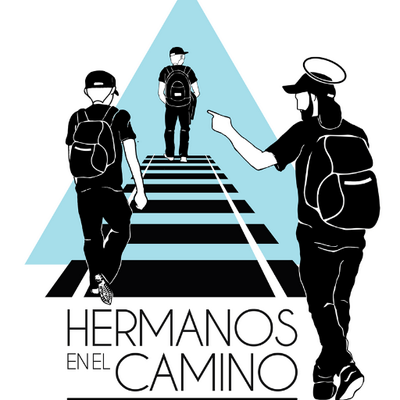 On the initiative of Father José Alejandro Solalinde Guerra, the Migrant Shelter “Hermanos en el Camino” was founded on February 27, 2007, in the city of Ixtepec, located on the Isthmus of Tehuántepec in southeastern Oaxaca. It is a region with high rates of extreme poverty, illiteracy, marginalization, and unemployment. There is a strong presence of organized crime, and serious human rights violations against transmigrant communities are reported.

The refuge arose to respond to the specific needs of migrants transiting through Ixtepec, as this area is a geopolitical and strategic stretch of the route used by many migrants—primarily from Central America—as they move through Mexico from its southern border towards the United States.

The small city of Ixtepec is found at the convergence of the Pacific Ocean, the Gulf of Mexico, and migratory flows arising from the south. There is a freight-train network, and the shelter reports that, until mid-2014, most migrants arrived in the train known as “The Beast” (La Bestia). Nowadays, however, migrants arrive on foot and in very precarious conditions. They face many risks throughout their journey, such as assault, physical and sexual violence, abuse of power by public representatives, extortion, and kidnapping by a range of perpetrators—such as gangs, organized crime and State authorities.

Since the refuge opened, the flow of migrants has remained constant at around 20,000 people per year. The organization has been supporting and offering humanitarian assistance to migrants, offering them food, accommodation, medical and psychological support, and legal aid.

In this context, the shelter has been accompanying migrants in their through journey, developing practices that show solidarity, upholding migrants’ struggle to have their human rights respected, accompanying them, and showing them as people who are proactive in transforming their own realities.

Because of his work defending and protecting migrants, Father Alejandro Solalinde has been victim to repeated acts of harassment, defamation, death threats, robbery, assault, intimidation, surveillance, and attacks by various actors.

On April 23, 2010, the Inter-American Court of Human Rights granted precautionary measures to both Father Alejandro Solalinde and his colleagues, asking the Mexican State to guarantee their physical and moral integrity. Previously, they had had precautionary measures granted by Mexico’s National Human Rights Commission (Comisión Nacional de Derechos Humanos, CNDH) since 2009.

Father Alejandro Solalinde’s important human rights defence work is endorsed by a range of national and international organizations and institutions. He has received the following acknowledgements: